Western Exhibitions is thrilled to present Geoffrey Todd Smith’s sixth solo show with the gallery, Sordid Orchestra, running from February 27 to April 10, 2021. Smith will present new vibrant and nervy multi-media paintings on paper and on panel.

For Geoffrey Todd Smith, abstraction is an unreliable narrator. Like carnival music playing in a horror movie, his abstract drawings and paintings don’t accurately convey the mood of the moment. Rather than holding up the proverbial mirror to society, Smith’s images are more like funhouse mirrors, further distorting and guiding the viewer away from reality. Every decision in the development of his compositions is fraught with the worry that he’s not saying enough, quickly giving way to the alternative, that he may have revealed too much–therein lies the tension. These Rorschach-like blobs bubble up to induce a sense of familiarity, only to be met with uncertainty.

Each work in Geoffrey Todd Smith’s Sordid Orchestra began with one continuous, wavy line, meandering throughout the picture plain, until it ended back where it started. From there, Smith searched for compelling arrangements within the long tangle of the continuous line. In a complicated juggling act of materials, Smith integrated a variety of materials including, acrylic, enamel, gel pens, gouache and oil-based paint markers, on both paper and wooden surfaces. As he moved around the picture plain, flipping the images upside-down and returning them to their original orientation, mysterious figures were discovered, developed, examined, obliterated, revived and eventually, adorned with seething doodles of repetitious zig-zags and a virtual plague of dots.

Geoffrey Todd Smith’s work is in the collections of the Art Institute of Chicago, Santa Barbara Museum of Art, The Federal Reserve Bank of Chicago, Hallmark Inc., Fidelity Investments Corporate Art Collection, the Jager Collection in Amsterdam, Soho House Chicago, the South Bend Art Museum in Indiana, and Harper College in Illinois and has been shown at Luis de Jesus Gallery and Charlie James Gallery in Los Angeles; Hyde Park Art Center, the Union League, DePaul Art Museum and Shane Campbell Gallery in Chicago; The Hughes Gallery in Australia; The Green Gallery in Milwaukee; The Front in New Orleans; Illinois State Museum, and the Elmhurst Art Museum in Illinois. He has been written about in New City, The Seen, New American Paintings, Bad at Sports, art ltd, Juxtapoz, Chicago Tribune, and Chicago Magazine. Smith is represented by Western Exhibitions and he lives and works in Chicago. 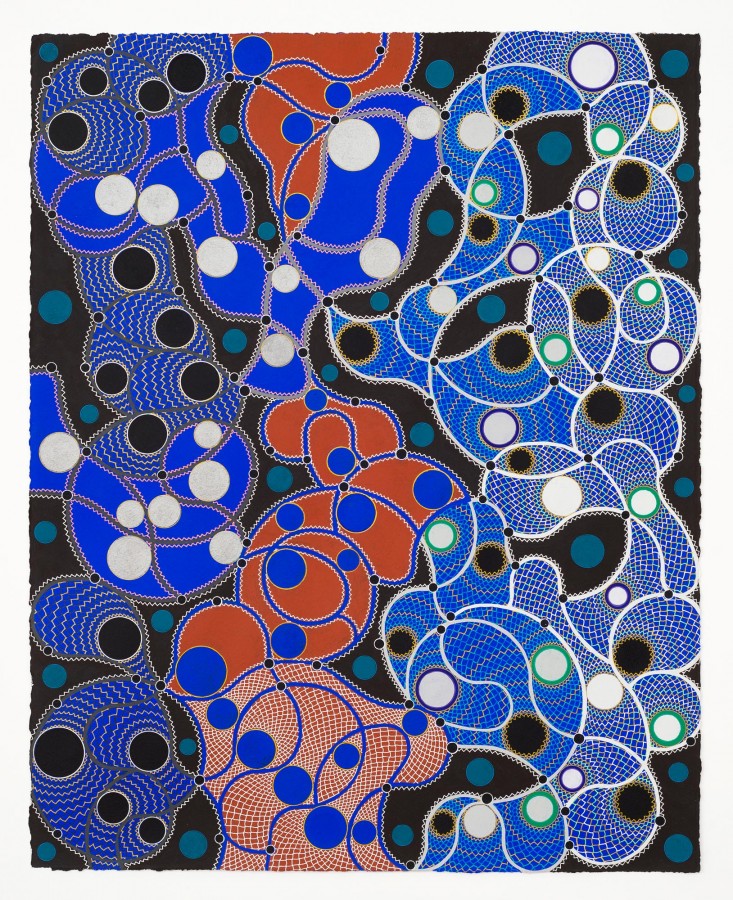