As part of the paperback release tour for The Third Rainbow Girl, Emma Copley Eisenberg and Wendy C. Ortiz (Excavation) will be discussing the parallels in their books and lives, delving into the non-binaries of evil and the constantly shifting nature of causing and receiving harm in their respective books. Emma and Wendy will be comparing their interpretations and unique experiences with abuse and the concept of evil.

Emma Copley Eisenberg’s fiction and nonfiction has appeared in McSweeney’s, The New York Times, Granta, The Virginia Quarterly Review, Tin House, Guernica, The New Republic, The Washington Post Magazine, Esquire and others. Her first book of nonfiction is The Third Rainbow Girl: The Long Life of a Double Murder in Appalachia. She lives in Philadelphia, where she directs Blue Stoop, a hub for the literary arts.

Wendy C. Ortiz is the author of Excavation: A Memoir, Hollywood Notebook, and the dreamoir Bruja. In 2016 Bustle named her one of “9 Women Writers Who Are Breaking New Nonfiction Territory.” Her work has been featured in the Los Angeles Times and the Los Angeles Review of Books. Her writing has appeared in The New York Times, StoryQuarterly, and FENCE, among many other places. Wendy is a parent and a psychotherapist in private practice in Los Angeles. 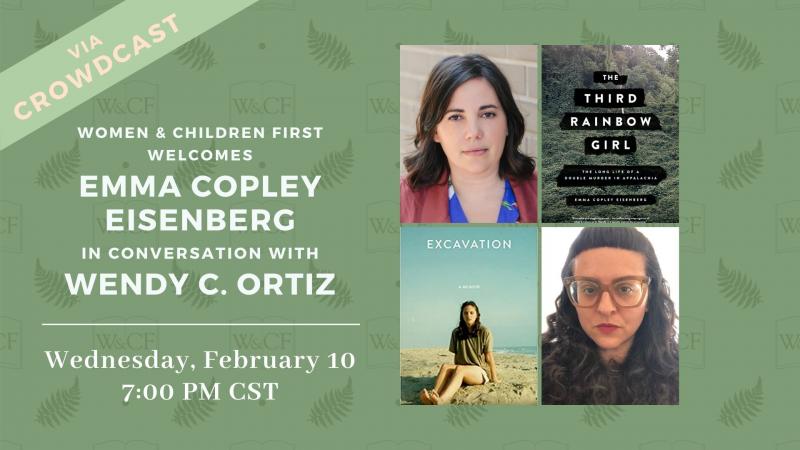