On view through Sunday, February 28th

This project is a progressively growing exhibition, on view directly from the street at 1224 W Loyola Ave throughout the month of February 2021.

Surveilling Snow Lily is a video installation project created from daily webcam screen recordings of a zoo-captive polar bear. The project reveals four years of Snow Lily’s incessant pacing. As the seasons change, each day she paces, alone. This work confronts a system of cruelty, passed as normal for generations, and asks viewers to share in bearing witness. I wish to draw attention to the reality of the lives of captive animals, in order to tip the balance where people will not allow animals to be held captive for display under any premise. There is so much to be learned from observing Snow Lily pacing, cutting a path through the stage upon which she lives striking the exact same tracks with her paws each day for years. I want to use my video recordings of Snow Lily to create work that cuts through the stages we humans have built around ourselves to sooth ourselves and sterilize the realities of mortality and our own animal-ness. I wish for this work to serve as a catalyst for greater empathy and connection and deepen questions regarding systems of power imbalance and colonialism. This work looks at the passage of time, endurance, absence, and the deep impact we humans have made on the planet. This project was partially supported by a 2020 Culture and Animal Foundation Grant.

Colleen Plumb (American, born Chicago IL) makes photographs, videos, and installations investigating contradictory relationships people have with nonhuman animals. Her work explores the way animals in captivity function as symbols of persistent colonial thinking, that a striving for human domination over nature has been normalized, and that consumption masks as curiosity. Plumb’s work sheds light on abnormal behaviors of captive animals in order to bring attention to implicit values of society as a whole, particularly those that perpetuate power imbalance and tyranny of artifice. One of her current projects, Invisible Visible, reflects upon the industrial food system and meatpacking industry through the bones and bodies of chickens. 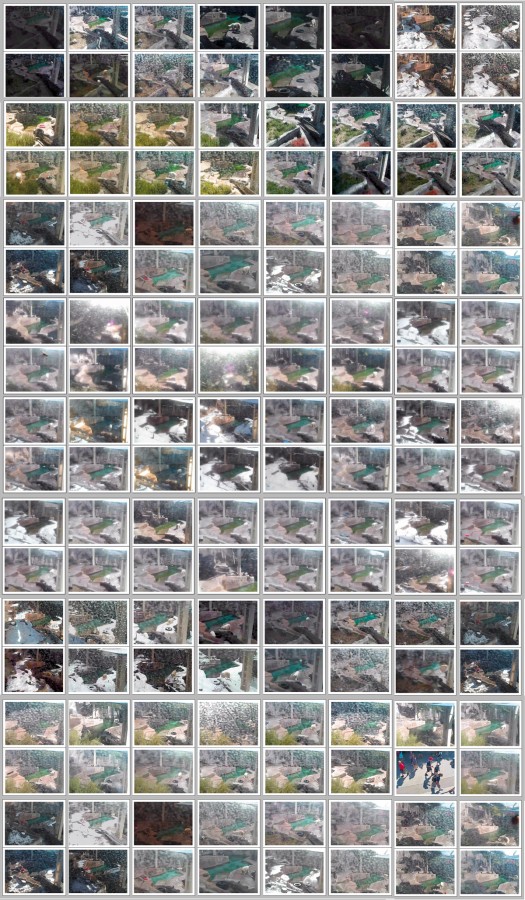