Join us as we welcome Peter Coviello and Gustavus Stadler in celebration of Coviello’s newest book Vineland Reread.

** This event will be streamed via YouTube Live through the Pilsen Community Books YouTube channel. Register HERE for a link to view to be sent to you the day of the event **

Vineland is hardly anyone’s favorite Thomas Pynchon novel. Marking Pynchon’s return after vanishing for nearly two decades following his epic Gravity’s Rainbow, it was initially regarded as slight, a middling curiosity. However, for Peter Coviello, the oft-overlooked Vineland opens up new ways of thinking about Pynchon’s writing and about how we read and how we live in the rough currents of history.

Beginning with his early besotted encounters with Vineland, Coviello reads Pynchon’s offbeat novel of sixties insurgents stranded in the Reaganite summer of 1984 as a delirious stoner comedy that is simultaneously a work of heartsick fury and political grief: a portrait of the hard afterlives of failed revolution in a period of stifling reaction. Offering a roving meditation on the uses of criticism and the practice of friendship, the fashioning of publics and counterpublics, the sentence and the police, Coviello argues that Vineland is among the most abundant and far-sighted of late-century American excursions into novelistic possibility. Departing from visions of Pynchon as the arch-postmodernist, erudite and obscure, he discloses an author far more companionable and humane. In Pynchon’s harmonizing of joyousness and outrage, comedy and sorrow, Coviello finds a model for thinking through our catastrophic present.

Peter Coviello is professor of English at the University of Illinois at Chicago. His most recent books include Long Players: A Love Story in Eighteen Songs (2018) and Make Yourselves Gods: Mormons and the Unfinished Business of American Secularism (2019).

Gustavus Stadler is Professor of English at Haverford College, where he teaches courses on 19th and 20th-century American literature, music, and sound culture. His most recent book is Woody Guthrie: An Intimate Life (Beacon, 2020). He is also the author of Troubling Minds: The Cultural Politics of Genius in the U. S. 1840-1890 (U of Minnesota, 2006) as well as articles for Al Jazeera, Public Books, avidly.com, Social Text, and other popular and scholarly venues. 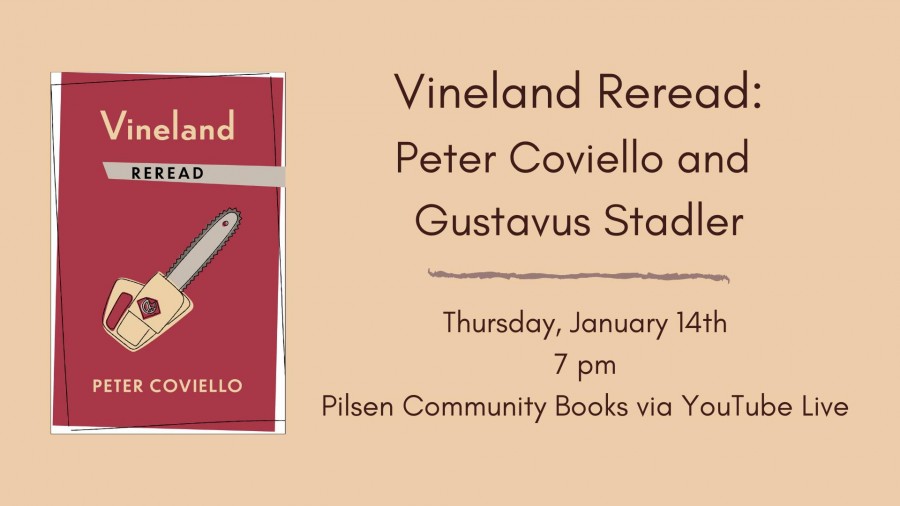