On view through Thursday, March 11th

Chicago Artists Coalition is pleased to present una noche maravillosa–a monarch butterfly makes an entrance at a nightclub… a solo exhibition of new works by the BOLT artist-in-residence, Alejandro Jiménez-Flores. The exhibition will have an opening day on Friday, January 29, by appointment only, from 3-8pm. Please reserve your time here.

For this exhibition, Alejandro Jiménez-Flores draws from the memories of going out dancing, having a delicious Campari soda, and finding new dance moves. All the while sharing glances with strangers, closing their eyes in movement, dancing with dear ones alone and accompanied. These moments are channeled by the artist into soft pastel drawings. Dancing to get lost and calling for a language that is not here yet, though making room for it with every new move.

Mirroring these moves with a fantastical twist florencio (the co-star of this show) creates paintings about kiki (a monarch butterfly). kiki’s story is an allegory for the experiences many people face when they resist dominant culture’s perception of their gender and race, as well as how individuals struggle with the roles and identities that their community expects them to perform. After suffering much bullying and teasing from the other Monarch butterflies, kiki wanders away from them. Lost and longing to belong, kiki finds clues for kinship throughout the urban landscape. Following the scent of something familiar yet unknown–an Aperol Spritz–she stumbles onto a dancefloor where she finally finds the space for moves and gestures of her own: for transformation, new worldmaking, and becoming.

Who is florencio, you might ask? To put it simply, florencio is a conceptual personae, a multi-temporal transdimensional entity, another framework to interact with language enacted and facilitated by the artist In relation to the exhibition, florencio via Alejandro asked Miguel Jiménez to write a short story about kiki’s journey. florencio then asked Maddy Stocking to illustrate and design the book world of the story, including drawing and paintings by florencio. This book will function as an atemporal exhibition catalogue that portrays an elsewhere, a third space, a different journey for kiki 🦋🥀 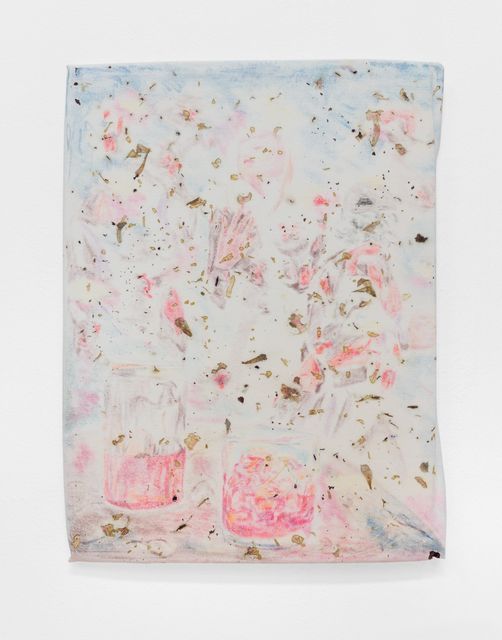