ONLY CONNECT Webinar | A Look Inside Correspondence

Please join us for a conversation between artist Antonia Contro and musicians Clara Lyon and Hannah Collins, whose work, Correspondence, is featured in the exhibition Only Connect at Carrie Secrist gallery. An installation that includes both visual/sonic digital videos and art objects, Correspondence illuminates the feeling of holding singular moments in time, and captures the fleeting, spontaneous nature of it’s ideation. At its core, Correspondence is the account of a collaborative exchange, a generative dialogue of ideas, inspirations, and improvisations that was a lifeboat back to daily creative practice in a most uncertain time.

Guest moderator Jenna Lyle – composer, musician, and movement artist as well as programs manager at the Arts Club of Chicago – will facilitate a conversation on collaboration and process, with a special focus on the intersection of improvisation and curation. Contro, Lyon, and Collins are delighted to share pieces from the exhibition in this conversation and open their work for questions. A new, live improvised performance to new visual work will close the evening.

Antonia Contro is a visual artist whose work ranges from discrete objects to site-specific installations and collaborations that engage artists and practitioners from a wide range of disciplines. Her art explores the nature of knowledge, memory, and time. Contro’s exhibitions include Tempus Fugit at American Philosophical Society Museum, Ex Libris at Chicago Cultural Center, Closed|Open at The Newberry, and Descry at Museum of Contemporary Photography. Contro’s work is in the collections of the Art Institute of Chicago, the Block Museum, the Hammer Museum, the Harvard Art Museums, the Menil Collection, the Museum of Contemporary Art, among others. Contro was awarded a Rockefeller Foundation fellowship, an Illinois Arts Council fellowship, and a doctorate in humanities honoris causa from Lewis University.

Clara Lyon is an accomplished performer who creates musical experiences that investigate and embrace shared emotional spaces. Her approach is investigative and boldly imaginative, and her dynamic repertoire connects historical Western Classical works and their societal contexts with the sonic languages of contemporary artists, improvisors, and composers. Lyon has been a violinist with the Chicago-based Spektral Quartet for the last six seasons, during which time they were nominated for three GRAMMY awards and named 2017 “Chicagoans of the Year.” She has also performed as a soloist and chamber musician across the world, and nationally at the Kennedy Center, the Library of Congress, and Carnegie Hall. A frequent collaborator with Antonia Contro, Lyon and Contro jointly curated the Chicago premiere of Light Itself in 2018, an interdisciplinary performance with Spektral Quartet. Lyon will also be the sole performer in a work for violin and built environment for Theorem, a multidisciplinary installation piece to be premiered in the 2021-22 season. Lyon is a 2020 recipient of the Music Academy of the West Alumni Enterprise Award, which will support Spektral Quartet’s recording and launch of a 360-degree immersive video album featuring the work of composer Anna Thorvaldsdottir and artist Sigurdur Gudjonsson. www.spektralquartet.com

Hannah Collins, cellist, winner of De Linkprijs for contemporary interpretation, is a dynamic performer who takes an active role in expanding the repertoire for cello. She has commissioned solo works by composers such as Caroline Shaw and Timo Andres, and has recently performed on modern and Baroque cello with The Knights, Quodlibet Ensemble, Cantata Profana, A Far Cry, Bach Aria Soloists, The Sebastians, Ensemble Connect, and Trinity Baroque Orchestra. Her duo with percussionist Michael Compitello, New Morse Code, was recently awarded the inaugural Ariel AVANT Impact Performance Award, a major grant which will support the development and touring of The Language of Landscapes, a program built to engage audiences in conversation about the challenges and urgencies of climate action and responsible consumption while also presenting optimistic possibilities for renewable energy, scientific discovery, and innovative technologies in space exploration. Icareifyoulisten.com described New Morse Code’s 2017 debut album Simplicity Itself on New Focus Recordings as “an ebullient passage through pieces that each showcase the duo’s clarity of artistic vision and their near-perfect synchronicity.” Collins is currently Assistant Professor of Cello at the University of Kansas School of Music and Assistant Director of Avaloch Farm Music Institute, a residency program for collaborative musicians in rural New Hampshire. hannahcollinscello.com 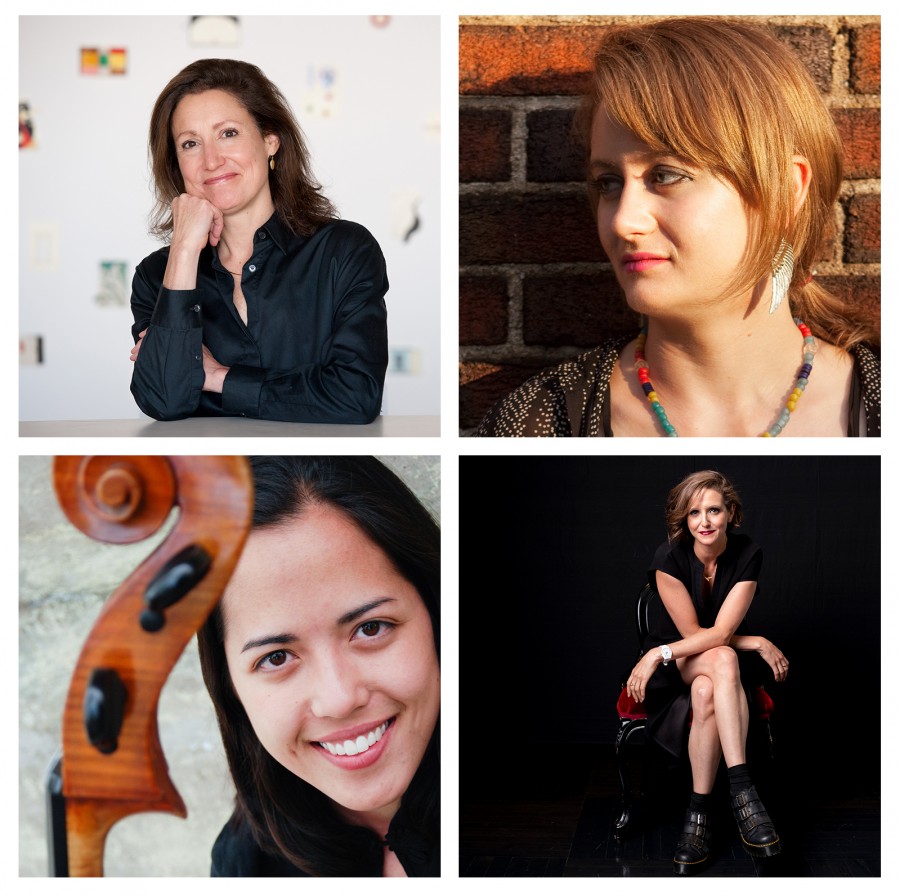