Join the Transnational Literature Series at Brookline Booksmith and Pilsen Community Books for a virtual event with Hernan Diaz, Lauren Groff, Natania Jansz, and Thomas Teal to celebrate the life and work of Tove Jansson.

To register for the event, please visit here.

“We read Tove Jansson to remember that to be human is dangerous, but also breathtaking, beautiful.” —Lauren Groff in her introduction to The Woman Who Borrowed Memories

Tove Jansson (1914–2001) was born in Helsinki into Finland’s Swedish-speaking minority. Her father was a sculptor and her mother a graphic designer and illustrator. Winters were spent in the family’s art-filled studio and summers in a fisherman’s cottage in the Pellinge archipelago, a setting that would later figure in Jansson’s writing for adults and children. From 1929 until 1953 Jansson drew humorous illustrations and political cartoons for the left-leaning anti-Fascist Finnish-Swedish magazine Garm, and it was there that what was to become Jansson’s most famous creation, Moomintroll, a hippopotamus-like character with a dreamy disposition, made his first appearance. In addition to her long-running comic strip about the adventures of the Moomin family, Jansson wrote eleven novels and short story collections for adults, including the The Summer Book, The True Deceiver, and Fair Play which were translated into English by Thomas Teal, and the short story collection The Woman Who Borrowed Memories which was translated into English by Thomas Teal and Silvester Mazzarella.

Her work has inspired films, several television series, an opera, and theme parks in Finland and Japan and captured the hearts and minds of readers of all ages. But what is it about Tove Jansson’s writing that draws such interest, acclaim, and devotion?

A finalist for the Pulitzer Prize for fiction, Hernan Diaz has published stories and essays in Cabinet, The New York Times, The Kenyon Review, Playboy, Granta, The Paris Review, and elsewhere. His first novel, In the Distance, was the winner of the Saroyan International Prize, the Cabell Award, the Prix Page America, and the New American Voices Award, among other distinctions. He is the recipient of a 2019 Whiting Award and is currently a fellow at the New York Public Library’s Cullman Center for Scholars and Writers. He translated “The Island” by Tove Jansson for Paris Review Daily.

Lauren Groff is the author of five books, most recently Fates and Furies and Florida, both of which were finalists for the National Book Award. Her work is published in thirty languages. Her next book, Matrix, is scheduled to be published in September, 2021. She wrote the introduction for Tove Jansson’s The Woman Who Borrowed Memories.

Thomas Teal has translated more than twenty books from Swedish, including at least six by Tove Jansson, whom he knew when he lived in Finland in the 1960s. In 2011, he won the Best Translated Book Award and has won the Bernard Shaw Translation Prize twice, all three for works by Jansson.

Moderator Natania Jansz was one of the co-founders of the Rough Guide travel series. She and her partner Mark Ellingham set up the independent publishing company Sort of Books in 1999 to publish a few hand-picked fiction and non-fiction titles each year (“the sort of books you want to read and reread”). Their republished edition of the iconic picture book The Book about Moomin, Mymble and Little My was an instant success. This was followed by the classic Tove Jansson title, The Summer Book, in 2003. Sort of Books is now the proud publisher of UK editions of 21 original Tove Jansson titles plus the only authorized biography and a collection of her letters.

About the Transnational Literature Series at Brookline Booksmith

The Transnational Series focuses on stories of migration, the intersection of politics & literature, and works in translation and is supported by the independent bookstore Brookline Booksmith. Subscribe to the Transnational Series newsletter for information on upcoming events, book recommendations, and more.

WHAT YOU NEED TO KNOW TO ATTEND

This virtual event is free to attend, but please consider purchasing some of Tove Jansson’s books from Brookline Booksmith and Pilsen Community Books. 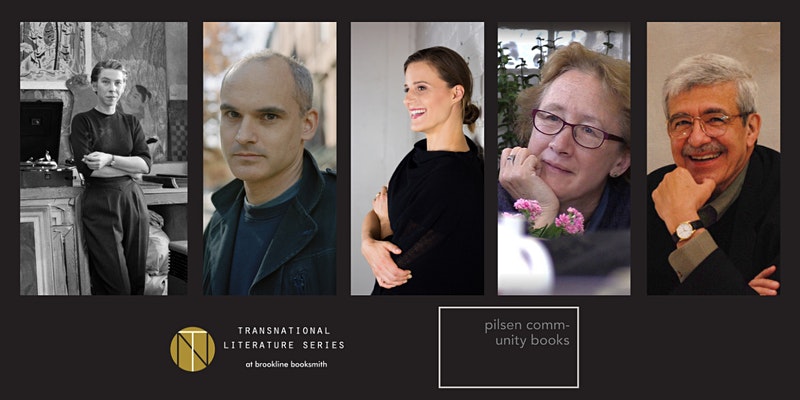