Join us for film clips from the new 5-part docuseries City So Real and conversation with Filmmakers Steve James & Jackson James.

Zoom link sent on the day of the event:

City So Real is a 5-part docuseries about Chicago by Academy Award®-nominated filmmaker Steve James.

Join Director Steve James, his cinematographer son Jackson James (Colum Alum) and Doc Talk Show Host Jeff Spitz for a Zoom version of the live show. The evening will progress through film clips followed by conversation about this fascinating and complex portrait of contemporary Chicago. City So Real delivers a deep, multifaceted look into the soul of a quintessentially American city set against the backdrop of its history-making 2019 mayoral election, the tumultuous 2020 summer of COVID-19, and the social upheaval following the death of George Floyd.

Spitz will engage audiences in conversation about the art of documentary. What makes City So Real a masterful portrait of Chicago? How does James capture and edit intimate Chicago scenes that reveal universal truths?

The Doc Talk Show is a program of Groundswell Educational Films, NFP. 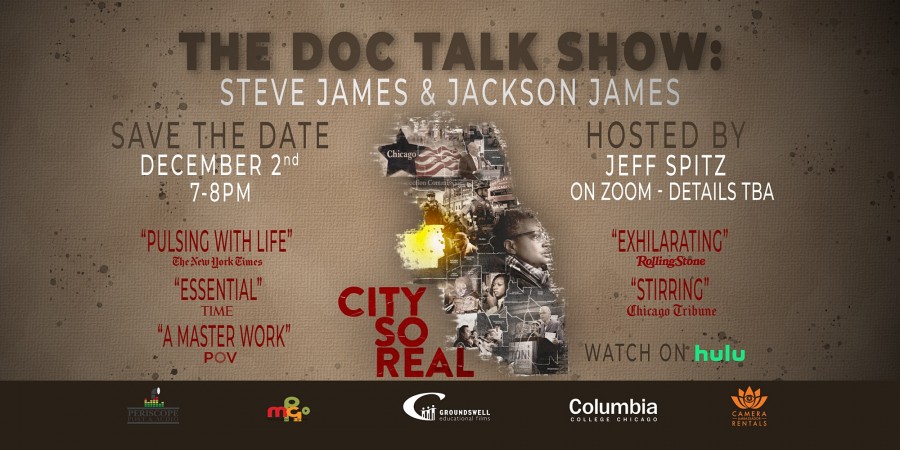