Raise It Up! Chicago Printers Guild Fundraiser for South Side Community Art Center

On view through Saturday, June 5th

Since 2009 the Chicago Printers Guild (CPG) has cultivated print culture through monthly meetings of its members, which includes over 100 printmakers. The group aspires to bridge the gap between commercial printing and fine art printmaking and strives to bring awareness of print culture to the Chicago area through activities such as lectures, workshops, field trips and art exhibits.

The CPG is rallying its members to support the efforts and contributions that the South Side Community Art Center (SSCAC) continues to make in the Bronzeville Neighborhood of Chicago and community at large, which they have been able to do for the past 80 years! In order to continue the SSCAC’s mission to prioritize exhibiting and uplifting Black artists, it’s imperative to showcase works in the best interior conditions. This fundraiser will provide improvements to the ceiling and lighting in the Dr. Margaret Burroughs Gallery. Dr. Margaret Burroughs, visual artist, printmaker, writer, poet, educator, and arts organizer co-founded SSCAC as a space for artists to gather and showcase their work. Today, the Center is the only Works Progress Administration art center still in existence. It serves as an exhibition space, a venue for film and literary events, and a host for educational talks and panels including: “Black and Informed” a series of discussions and political consultation for Black Millenials in Chicago; “Existing Between Line & Space” an exhibition which featured CPG member Thomas Lucas among others; and, currently artist Jesse Howard’s solo exhibition “The Spirit of Community”.

At 9am CST on Saturday, December 5th, the CPG’s web shop will be live to sell artwork created by the following partnerships which bring together CPG members and Chicago-based artists from outside of the Guild to produce and publish printed editions. These publishing projects are supported in part by a CityArts Grant from the City of Chicago Department of Cultural Affairs & Special Events:

In addition, CPG members will independently fundraise by selling work on their own platforms. An index of these participating members and the Guild’s own shop is available at the campaign’s splash page on the Chicago Printers Guild Website 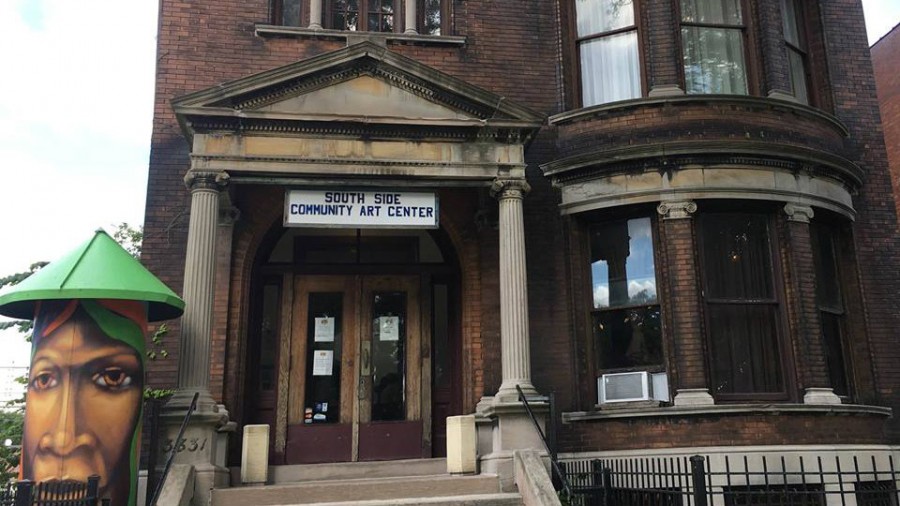