Join us for a virtual author reading and conversation with Halley Sutton and Layne Fargo! The two authors will be discussing their latest thrillers on Women & Children First’s Crowdcast Channel.

ABOUT THE LADY UPSTAIRS

Jo’s job is blackmailing the most lecherous men in Los Angeles–handsy Hollywood producers, adulterous actors, corrupt cops. Sure, she likes the money she’s making, which comes in handy for the debt she is paying off, but it’s also a chance to take back power for the women of the city. Eager to prove herself to her coworker Lou and their enigmatic boss, known only as the Lady Upstairs, Jo takes on bigger and riskier jobs.

When one of her targets is murdered, both the Lady Upstairs and the LAPD have Jo in their sights. Desperate to escape the consequences of her failed job, she decides to take on just one more sting–bringing down a rising political star. It’s her biggest con yet.

Halley Sutton is a writer and editor who lives in Los Angeles. She is a Pitch Wars mentor and holds a bachelor’s degree in creative writing from the University of California Santa Cruz, and a master’s degree in writing from Otis College of Art and Design. The Lady Upstairs is her debut novel.
ABOUT THEY NEVER LEARN
From the author of the “raw, ingenious, and utterly fearless” Temper comes They Never Learn, a dynamic psychological thriller. Scarlett Clark is an exceptional English professor. But she’s even better at getting away with murder. Every year, she searches for the worst man at Gorman University and plots his well-deserved demise. Thanks to her meticulous planning, she’s avoided drawing attention to herself—but as she’s preparing for her biggest kill yet, the school starts probing into the growing body count on campus.
Meanwhile, Gorman student Carly Schiller is just trying to survive her freshman year. Finally free of her emotionally abusive father, all Carly wants is to focus on her studies and fade into the background. Her new roommate has other ideas. Allison Hadley is cool and confident—everything Carly wishes she could be—and the two girls quickly form an intense friendship. So when Allison is sexually assaulted at a party, Carly becomes obsessed with making the attacker pay…and turning her fantasies about revenge into a reality.
Layne Fargo is the author of the thrillers Temper and They Never Learn. She’s a Pitch Wars mentor, Vice President of the Chicagoland chapter of Sisters in Crime, and the cocreator of the podcast Unlikeable Female Characters. Layne lives in Chicago with her partner and their pets. 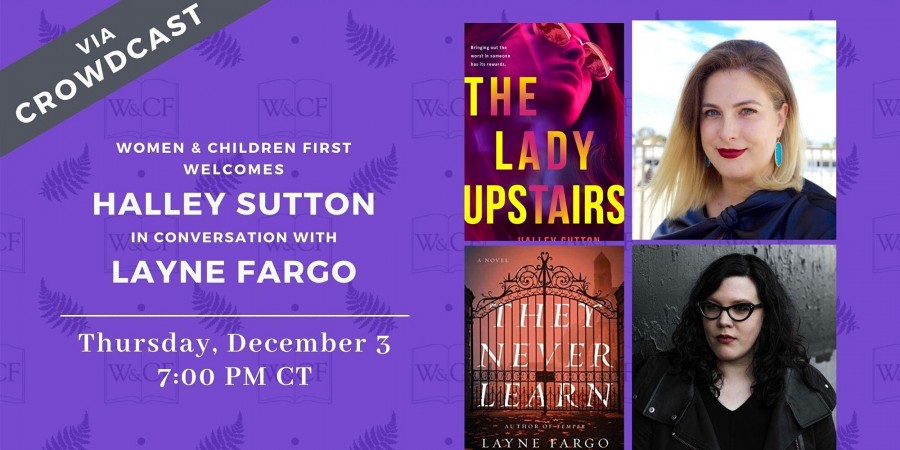