Cups and Swords and Eyes

On view through Sunday, January 24th

Hey Erin,
We talked about just going back-and-forth for a moment to explain what’s happening in our show, Cups and Swords and Eyes, so I thought to get us started. In some ways this show feels like it’s been a long time in the making, but has also come together incredibly quickly. This seems pretty typical for both of us: keep things under wraps, keep working, and then suddenly the time comes and we just have to trust that there’s been some underlying current.

For me, this all goes back to a conversation we had on a late night train from Venice to Padova in summer of 2015. We were talking about locating sincerity in an image. For a brief moment in time, the word image was polarizing: it was spelled with a capital “I” and people were capitalizing on the capitalization. It was exhausting. So there we were on the midnight train to Padova when we started talking about whether an Image could in some way be “sincere.” You came at it from a painter’s point of view, thinking about how an Image could remain true to its subject, and me from the perspective of a printer, considering an Image’s authenticity.

I think from a printmaking perspective, staying true to a subject is in some ways less important than remaining true to the method. Maybe the same can be said with painting? That somehow truth is found in the process. What do you think? And what does our show title have to do with anything?
Peace!
MG

Hey Max,
I think what’s great about Cups and Swords and Eyes, is its unwillingness to give very much but also how simple it is. Both of us embrace ideas, images, and methods that could be seen as elementary, but those things also hold so much space to learn and contemplate in. With Cups and Swords I think of water and air, emotion and ideas, a party and a fight, floating and piercing. Maybe eyes are the work looking back at us, mind’s eyes, reflective windows of some kind.

Wow you remember that conversation on the train 5 years ago! It’s starting to come back to me, I definitely remember your surprise when we realized how our versions and criteria for image sincerity was different. I also remember talking to you about how certain marks in painting can feel more or less sincere, where with printmaking the hand is often hidden. I was really struggling with that question of sincerity at that time. Whenever I start to describe the visual cues of a sincere image (or a sincere painting) the sincerity just falls apart. My own version of what sincerity looked like seemed to be wrapped up in a type of expressionism or realism, which I wasn’t always interested in. What do you think about sincerity within the methods you use and images you make? Now because my practice has become more private, I am less concerned if my paintings look sincere or not, and I have just been painting orcas trusting that this is where I want to put my focus. Maybe that’s more sincere? My work definitely feels more vulnerable.

I think it’s pretty cool you brought up our conversation in Italy because the tarot of Marseilles deck that you have been working with the last couple years originated in Italy. I wonder too what do you think about sincerity in relation to the tarot system, the various kinds of decks, or even from card to card?
😃
Erin

Erin, time is crazy. Do you realize that I got my Marseilles deck, with you, almost one year ago? So much has happened since. Regarding tarot and sincerity: I don’t know… it’s meaning is kind of fungible. In one way or another the cards reveal what you want to see. An image is an image, and sincerity is in the shuffle.
Peace!
MG

Max yes! I do remember that! Funny, I think we met up then to start talking about this show but we ended up eating food, catching up, and walking to that shop. Now we are here! I don’t know if I wanted to see orcas in my oracle deck but I do keep coming back to certain images like they’re messages of some kind.. Looking forward to the shuffle in this show with you Max!
🌊,
Erin

Erin Hayden is an interdisciplinary artist working in a variety of media including painting, collage, performance, poetry, video, and installation. She works with seemingly simple semiotic webs of images as place holders for questions or points of focus relating to the ever shifting tones of human perspectives. Hayden received her MFA in Art Theory and Practice from Northwestern University and both her BFA in Painting and BA in Art Teacher Education from Illinois State University. She currently lives in Evanston and works in Chicago.

Max Guy is a multidisciplinary artist who works with paper, video, performance, assemblage and installation to explore existential and cosmopolitan ideas. He uses appropriated material and deskilled working methods as a fast, ergonomic way of reflecting the world and filtering it through personal affects. In the process, his work constitutes a personal mythology or parallel universe of sorts. Guy received a BFA from the Maryland Institute College of Art, and an MFA from the Department of Art, Theory and Practice at Northwestern University. He lives in Chicago. 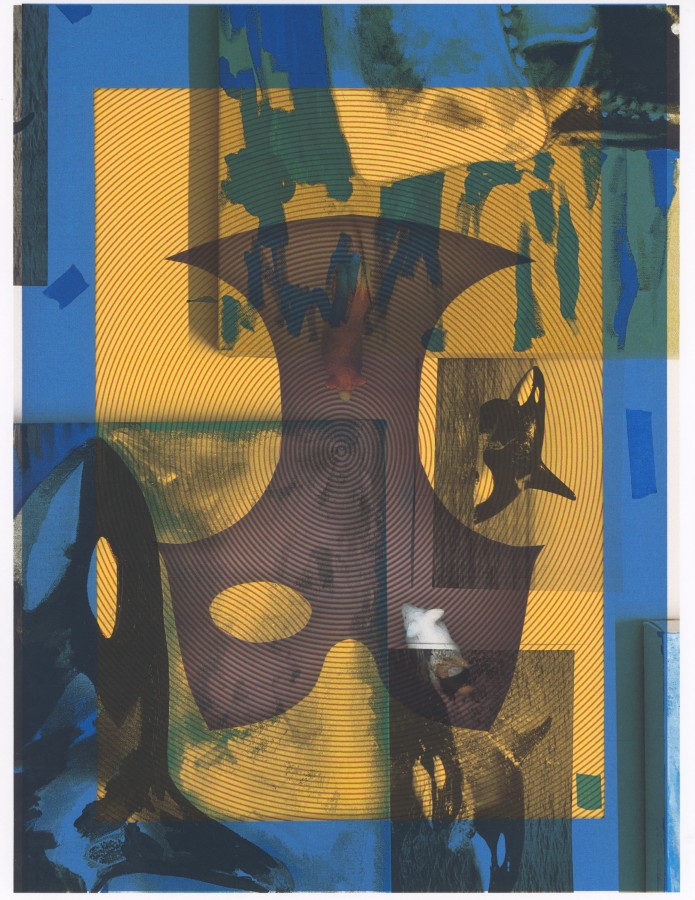