Young Latinos across the United States are redefining their identities, pushing boundaries, and awakening politically in powerful and surprising ways. Many of them—Afrolatino, indigenous, Muslim, queer and undocumented, living in large cities and small towns—are voices who have been chronically overlooked in how the diverse population of almost sixty million Latinos in the U.S. has been represented. No longer.

In this empowering cross-country travelogue, journalist and activist Paola Ramos embarks on a journey to find the communities of people defining the controversial term, “Latinx.” She introduces us to the indigenous Oaxacans who rebuilt the main street in a post-industrial town in upstate New York, the “Las Poderosas” who fight for reproductive rights in Texas, the musicians in Milwaukee whose beats reassure others of their belonging, as well as drag queens, environmental activists, farmworkers, and the migrants detained at our border. Drawing on intensive field research as well as her own personal story, Ramos chronicles how “Latinx” has given rise to a sense of collectivity and solidarity among Latinos unseen in this country for decades.

Paola Ramos is a host and correspondent for VICE and VICE News, as well as a contributor to Telemundo News and MSNBC. Ramos was the deputy director of Hispanic media for Hillary Clinton’s 2016 presidential campaign and a political appointee during the Barack Obama administration, and she also served in President Obama’s 2012 reelection campaign. She’s a former fellow at Emerson Collective. Ramos received her MA in public policy from the Harvard Kennedy School and her BA from Barnard College, Columbia University. She lives in Brooklyn.

Cecile Richards is a national leader for women’s rights and social and economic justice. As president of Planned Parenthood Federation of America and Planned Parenthood Action Fund for more than a decade, Richards has worked to increase affordable access to reproductive health care and strengthen the movement for sexual and reproductive rights. She and her husband Kirk Adams have three children and live in New York City and Maine. She spends most of her free time baking pies. 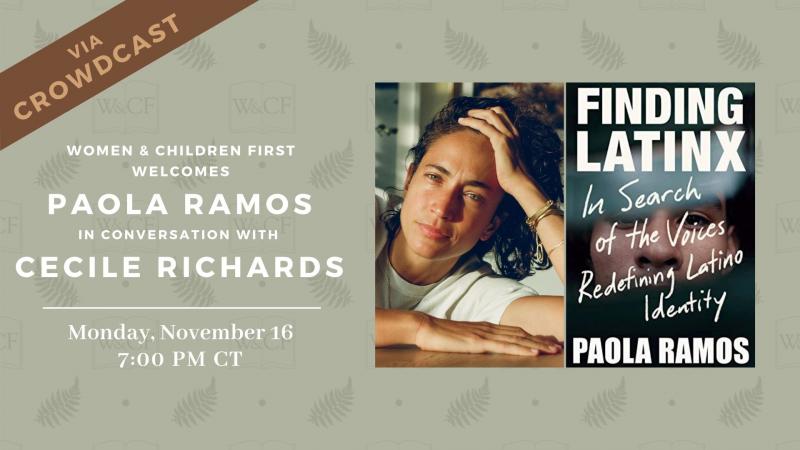