Video series: Architecture of Community: Reflecting on Lessons from Doshi

Led by Monica Chadha and produced by Milwaukee-based design-oriented filmmaker Spirit of Space, this series of videos examines key principles of Doshi’s work as seen in the contemporary context of Chicago neighborhoods. In comprehensive six-minute segments, Chadha joins three Chicago natives in their own neighborhoods, reflecting on their engagements with Doshi’s approach to low-cost housing, urban planning and vernacular architecture. Each interview installment features a brief exhibition tour followed by on-the-ground footage around Chicago, illustrating the duality of exhibition viewing, in which viewers apply principles from the gallery to the places we inhabit. Chadha is uniquely qualified to serve as ‘tour director’ given her lifelong passion for civic minded practice – thanks to an internship with Doshi in his Indian studio in the mid-1990s.

Pursuant to the most recent Tier 3 Covid-19 Resurgence Mitigations issued by the State of Illinois, Wrightwood 659, the Chicago art space devoted to presenting socially engaged art and architecture, is temporarily closed. Patrons who have purchased tickets to its current critically-acclaimed exhibition Balkrishna Doshi: Architecture for the People can expect a full refund, which will be issued automatically. A reopening date will be announced on the Wrightwood659.org website.

In the interim, Wrightwood 659 will continue to host a compelling series of virtual public programming complementing the exhibition, which is devoted to the work of visionary Indian architect, urbanist, and teacher Balkrishna Doshi. Recipient of the 2018 Pritzker Architecture Prize, Doshi (b. 1927, Pune, India) worked with both Le Corbusier and Louis Kahn in the 1950s, and later adapted the principles and forms of modernism he absorbed from these experiences into his work with local cultures, traditions, and environments, from low-cost housing and academic institutions, to urban planning projects. In so doing, he both redefined modern Indian architecture and shaped new generations of architects. 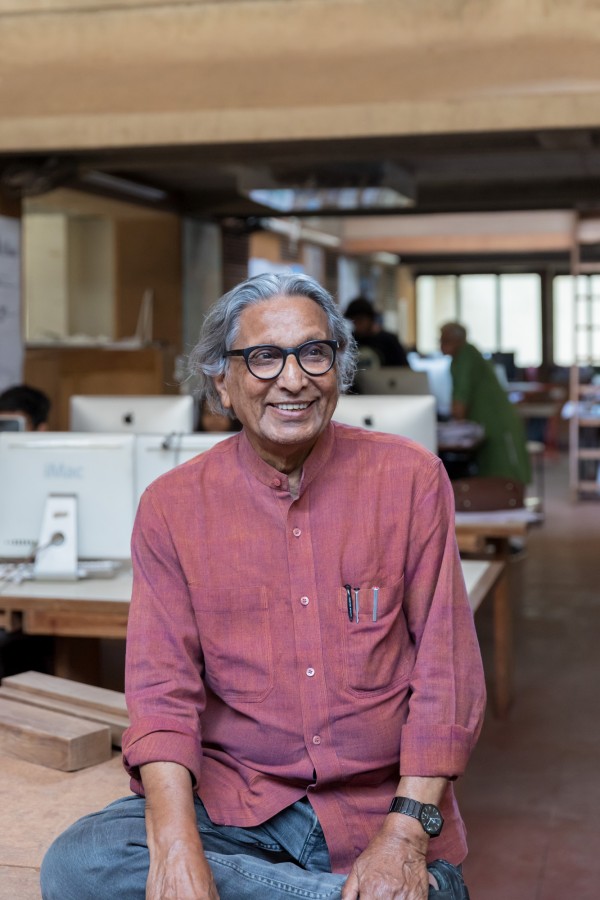