Suzanne Nossel: Dare to Speak: Defending Free Speech for All

About the book: The daily hazards and debates surrounding free speech dominate headlines and fuel social media storms. In an era where one tweet can launch—or end—your career, and where free speech is often invoked as a principle but rarely understood, learning to maneuver the fast-changing, treacherous landscape of public discourse has never been more urgent. In Dare To Speak, Suzanne Nossel delivers a vital, necessary guide to maintaining democratic debate that is open, free-wheeling but at the same time respectful of the rich diversity of backgrounds and opinions in a changing country. Centered on practical principles, Nossel’s primer equips readers with the tools needed to speak one’s mind in today’s diverse, digitized, and highly-divided society without resorting to curbs on free expression. Nossel warns against the increasingly fashionable embrace of expanded government and corporate controls over speech, warning that such strictures can reinforce the marginalization of lesser-heard voices. She argues that creating an open market of ideas demands aggressive steps to remedy exclusion and ensure equal participation. Replete with insightful arguments, colorful examples, and salient advice, Dare To Speak brings much-needed clarity and guidance to this pressing—and often misunderstood—debate.

About the author: Suzanne Nossel is the CEO of PEN America, the foremost organization working to protect and advance human rights, free expression and literature. She has also served as the Chief Operating Officer of Human Rights Watch and as Executive Director of Amnesty International USA; and held senior State Department positions in the Clinton and Obama administrations. A graduate of Harvard College and Harvard Law School, Nossel frequently writes op-eds for the New York Times, the Washington Post, and other publications, as well as a regular column for Foreign Policy magazine. She lives in New York City.

About the interlocutor: Geoffrey R. Stone is the Edward H. Levi Distinguished Service Professor at the University of Chicago. Mr. Stone joined the faculty in 1973, after serving as a law clerk to Supreme Court Justice William J. Brennan, Jr. He later served as Dean of the Law School (1987-1994) and Provost of the University of Chicago (1994-2002). 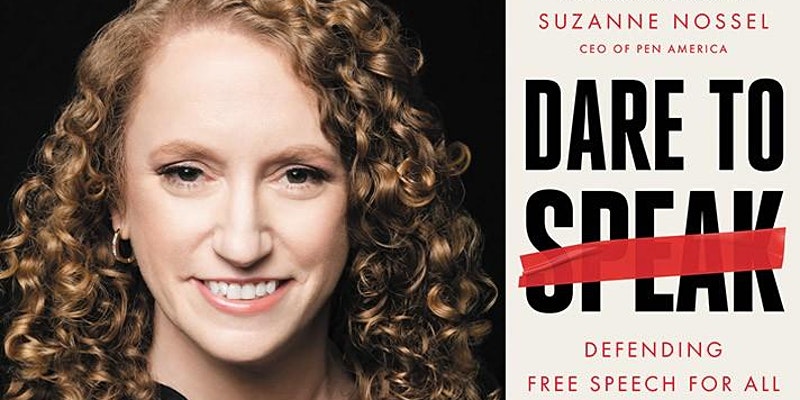