Join us for a panel discussion about the interplay between Architect B.V. Doshi and Artist M.F. Husain.

In partnership with Wrightwood 659, the South Asia Institute will host ‘Jugalbandi: The Interplay Between Architect B.V. Doshi and Artist M.F. Husain’, an international webinar unpacking the mythic and cultural aspects of the two Indian master’s collaboration on Amdavad ni Gufa.

Though literally translating to ‘intertwined twins’, Jugalbandi has evolved colloquially to describe two practices fused through a competitive and lyrical collaboration. The construction of the Gufa, a domed subterranean gallery of Husain’s work, presented a spirited and competitive challenge between artist and architect. The outcome was a pivotal moment in both Doshi and Husain’s careers.

Panelists Pallavi Swaranjali (Ottawa), Aarati Kanekar (Ahmedabad), and Kishore Singh (Delhi) use the idea of Jugalbandi to reflect on the work of these masters and the ways they famously joined together. Moderated by South Asia Institute co-founder Dr. Shireen Ahmad. 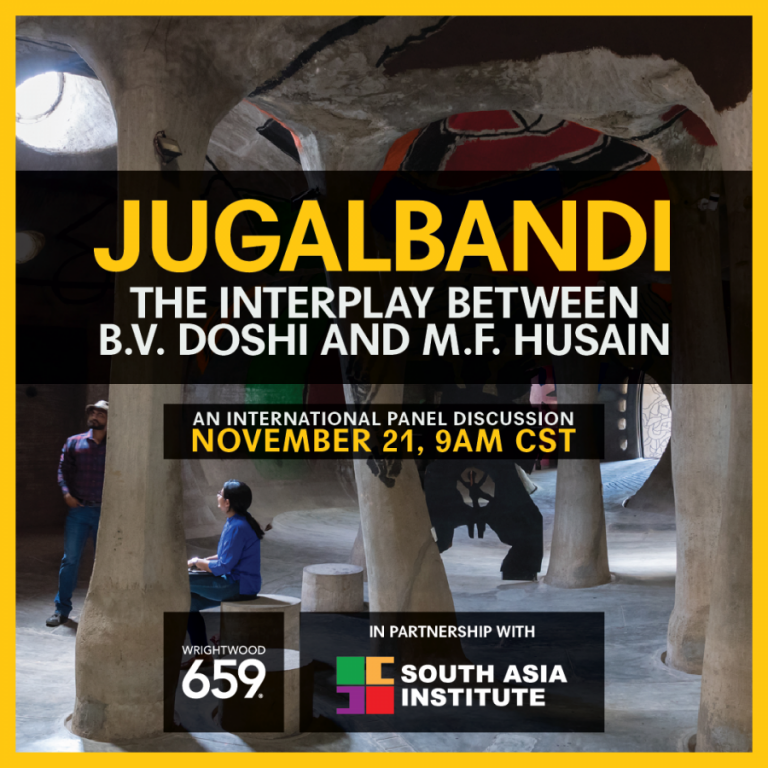