On view through Saturday, December 19th

Erin Washington’s paintings and drawings combine imagery, text and fugitive materials to evoke a long history of human inquiry into the form and meaning of the universe we live in. In these works, perception and permanence are called into question, while elements of theoretical physics mingles with images of tangible objects from antiquity. These multilayered works consist of a medley of ambiguous scientific diagrams, art historical references, Post-it notes, studio debris, mythological figures, and self-deprecating jokes.

Washington’s solo exhibition will be on view at Western Exhibitions beginning November 6 and will run through December 19, 2020. To schedule your appointment to see the show, please visit Tock, email us, or call (312) 480-8390 during business hours.

Washington codes abstract content onto found images from the Sciences, Mythology and Art History, scribbled atop with snippets of handwritten text, all executed with a strong allegiance to drawing and materiality. She prepares her paintings as a stage/platform upon which to assert drawings, often using chalk, that combine heavily researched texts and images where the self-referential and critical content are layered, erased and re-asserted as a continual palimpsest. The materials Washington uses are extremely important and symbolic: blackberries, fire, ashes, moss, metalpoint, high-polymer non-photo film lead, space-blankets, bone, saliva and chalk are juxtaposed with more “traditional” painting mediums such as acrylic, casein, gouache and oil paint (usually co-existing all on panel). Newcity called her a Breakout Artist in 2016, saying she makes “sumptuous works executed in a manner that plumbs the blurry boundaries between drawing and painting.”

“I’m interested in what it means to be calcium and meat with squishy organs and squishy thoughts and feelings within an infinite void,” asserted Washington in a 2016 interview in MAAKE Magazine. A drawing in this show, Cadaver, depicts a queasy contour line rendering of an amorphous figure butting up against a mottled swath of reticulated dried liquid with a small bit of text at the top that reads “what if I’m a flesh tube/meat calcium.” Washington has our corporal selves on her mind as she’s titled this show “Bodies feel dangerous right now.” For Washington, depending on the context, bodies have often felt dangerous throughout time, but especially now during this pandemic and current events. In navigating the ambiguity of that phrase and its relative relationship/understanding to different people, Washington has become overwhelmed. Hence the phrase “I’m too mad to tell you” appears in more than one piece in the show.

In a painting of a defaced George Washington statue, Washington connects this striking image/conceit with color theory charts taught in art schools along with anatomical ocular diagrams by way of meditating on the phrase “I don’t see color.” Washington will also present two new pieces from the After Zeus series, started in 2013 after her dominant hand was severely injured. The first drawing was completed after suture removal as she was re-training/re-asserting her drawing skills. Documenting the scar on her hand over time has become an annual series that explores ephemerality of the body.

Washington will also present, for the first time, a selection of drawings from an exercise she often executes in the drawing classes she teaches at the School of the Art Institute of Chicago. Washington calls this session “100 drawings in 1 hour,” which of course, is an impossible task, but it forces spontaneity and quick decisions and Washington’s drawings here connect with the id, or at least, the idea of “first thought, best thought.”

Erin Washington is a painter, drawer, and installation artist currently living and working in Chicago. This is her first solo show at Western Exhibitions and prior solo exhibitions have been held at Illinois State University and Zolla/Lieberman Gallery, with a forthcoming show at Cleve Carney Museum of Art scheduled for Fall 2021. She has been included in group exhibitions in Chicago at Andrew Rafacz, Hyde Park Art Center, Roots & Culture, LVL3 and nationally at Institute of Contemporary Art in Baltimore and Columbia University. Washington was named a 2016 Breakout Artist in Newcity and her work has been discussed and included in New American Paintings, Inside/Within and Sports Illustrated. She received her MFA from the School of the Art Institute of Chicago in 2011. 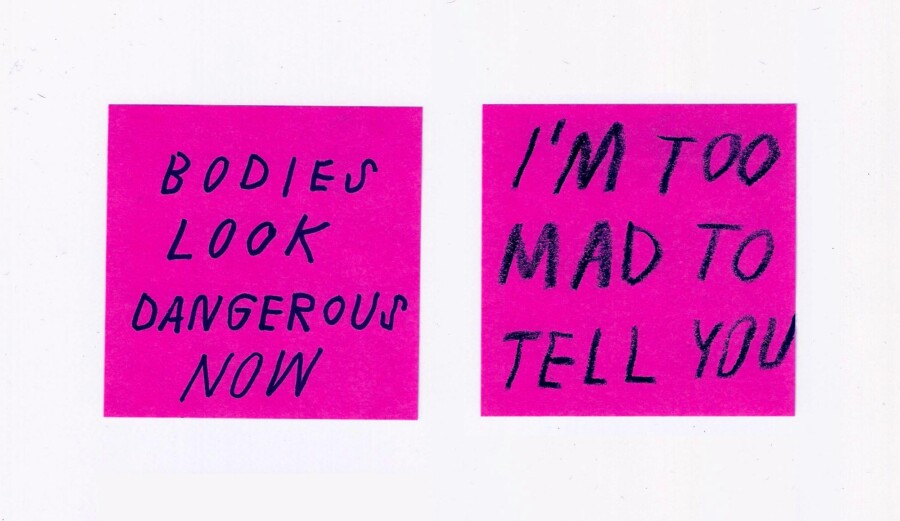