On view through Sunday, March 7th

Chicago-based artist and educator, Cecil McDonald Jr. uses photography, video, and text to explore intersections of masculinity, ancestry, and the artistic and intellectual pursuits of Black Americans. Cuts and Beats refers to the title of McDonald’s most recent body of work in which the artist subverts historical images, like publicity stills from Black artists in the Vaudeville and Minstrel era, by transforming them using techniques of photo collage, video, and performance combined with his own photographs. McDonald thinks of the process of cutting, altering, reassembling, and bringing images into different contexts as a metaphor for performance, dance, music, and the complex histories of Black Americans. The new built images, McDonald says, “look back to often racist representations, and much like memory, recede to a current, self-possessed and subversive imagery, each inﬂuencing and dictating to the other, serving as a remix of past and present culture.”

The exhibition will feature new work that the artist began during his 2018 residency at Hyde Park Art Center.

Cecil McDonald Jr. studied fashion, house music, and dance club culture before receiving a MFA in Photography from Columbia College Chicago, where he currently works as an adjunct professor. Most recently he was a teaching artist at Nicholas Senn High School through the School Partnership for Art and Civic Engagement (SPACE) program at the Museum of Contemporary Art Chicago. McDonald’s work has been exhibited nationally and internationally, with works in the permanent collection of The Cleveland Museum of Art, Northwestern Pritzker School of Law, Chicago Bank of America LaSalle Collection, and the Harris Bank Collection. McDonald was awarded the Joyce Foundation Midwest Voices & Visions Award, the Artadia Award, The Swiss Benevolent Society Residency, and a 3Arts Teaching Artist Award. In 2016, the first edition of his monograph In The Company of Black was published and shortlisted by the Aperture Foundation for the 2017 First Photo Book Award. McDonald’s work was the subject of a major solo exhibition at the Chicago Cultural Center in 2019. 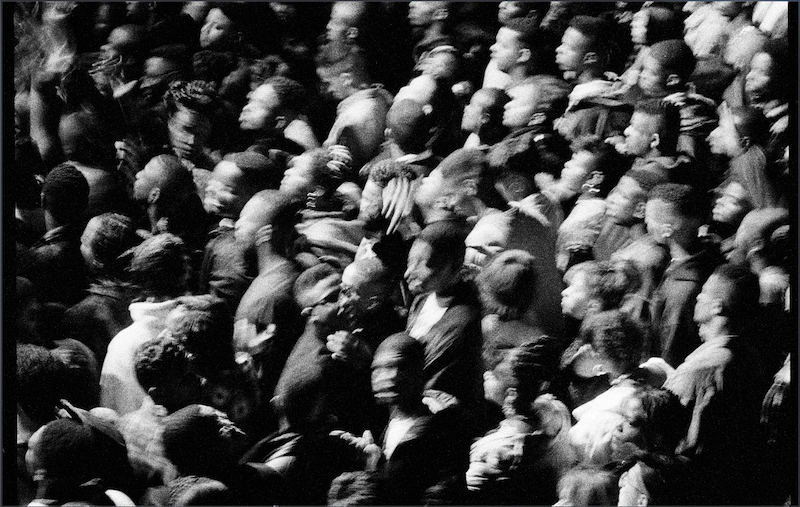