Join the Human Rights Lab for a conversation with civil rights lawyer Alec Karakatsanis on his book, “Usual Cruelty: The Complicity of Lawyers in the Criminal Injustice System.” Alec will be speaking with Lab Director Alice Kim in a conversation moderated by Lab Graduate Assistant Durrell Washington, featuring questions posed by incarcerated students at Stateville Prison. The event will be followed by audience Q&A.

A graduate of Yale College and Harvard Law School, Alec Karakatsanis is the founder of Civil Rights Corps, an organization dedicated to challenging systematic injustice in the American legal system. He was named the 2016 Trial Lawyer of the Year by Public Justice for his work designing constitutional challenges to the money bail system.

Alec doesn’t think people who have gone to law school, passed the bar, and sworn to uphold the Constitution should be complicit in the mass caging of human beings—an everyday brutality inflicted disproportionately on the bodies and minds of poor people and people of color and for which the legal system has never offered sufficient justification. “Usual Cruelty” is a profoundly radical reconsideration of the American “injustice system” by someone who is actively, and quite successfully, challenging it.

Presented in partnership with the Seminary Co-op Bookstores; the Center for the Study of Race, Politics, and Culture (CSRPC); and the Mass Incarceration Working Group. 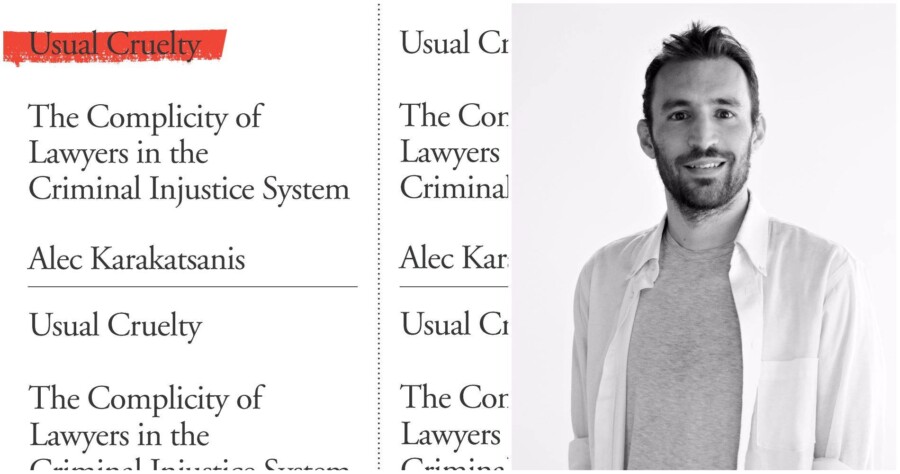