On view through Saturday, November 7th

Carrie Secrist Gallery is proud to present Nevertheless…, an exhibition of new drawings by gallery artist Whitney Bedford. Nevertheless… will be presented in an online viewing room and available for viewing in person by appointment from October 10 through November 7, 2020 (the Saturday after the 2020 general election).

In February 2017, the US Senate, led by Senate Majority leader Mitch McConnell voted along party lines to silence Senator Elizabeth Warren as she voiced her objections during the confirmation hearing for Senator Jeff Sessions, who had recently been appointed US Attorney General. As part of her extensive and powerful dissent, Warren read aloud from a letter authored by Coretta Scott King in 1986, when Sessions was a candidate for a Federal judgeship in Alabama, that argues he is unfit to hold that position. Stating unequivocally: “Mr. Sessions has used the awesome power of his office to chill the free exercise of the vote by black citizens.” Describing his decision to censor Senator Warren, Senator McConnell stated “Senator Warren was giving a lengthy speech. She had appeared to violate the rule. She was warned. She was given an explanation. Nevertheless, she persisted”

“Nevertheless, she persisted…” has become a rallying cry for feminists. A statement intended to slander has been transformed into a representation of the power of the capable, profound, and persistent efforts of women resisting oppression in all its forms to reimagine and rebuild our world.

Inspired by Senator Warren’s bid for the Presidency, Bedford initiated a series of daily drawings of the Senator on February 26, 2020. These initial 10″ x 14″ drawings of Warren, made from widely available photographs of the candidate, were sold on Instagram to raise money in support of Warren’s campaign. When Warren dropped out of the race on March 5, Bedford expanded her project, creating a series of portraits of women political figures, artists, writers, musicians, thinkers, who have persisted despite the challenges of a patriarchal and white supremacist society to forge new paths and fight for freedom, equity, and access for all.

Throughout the ongoing months of the COVID-19 lockdown in Los Angeles, Bedford has continued to make daily drawings of women. Each drawing is coupled with an investigation of the subject’s work and impact, summarized in a brief caption. For her presentation at Carrie Secrist Gallery, Bedford has highlighted several historic women in Chicago’s history, including Mayor Lori Lightfoot.  2020 has been, and continues to be, a historic year in women’s history in the United States. We celebrated the 100th anniversary of womens’ right to vote, and more recently we have mourned the loss of the iconic Supreme Court Justice Ruth Bader Ginsberg. Presented with this backdrop, at the crux of a historic election, these new drawings presented in Nevertheless… remind us both of how far women have come, and also how far we have to go. 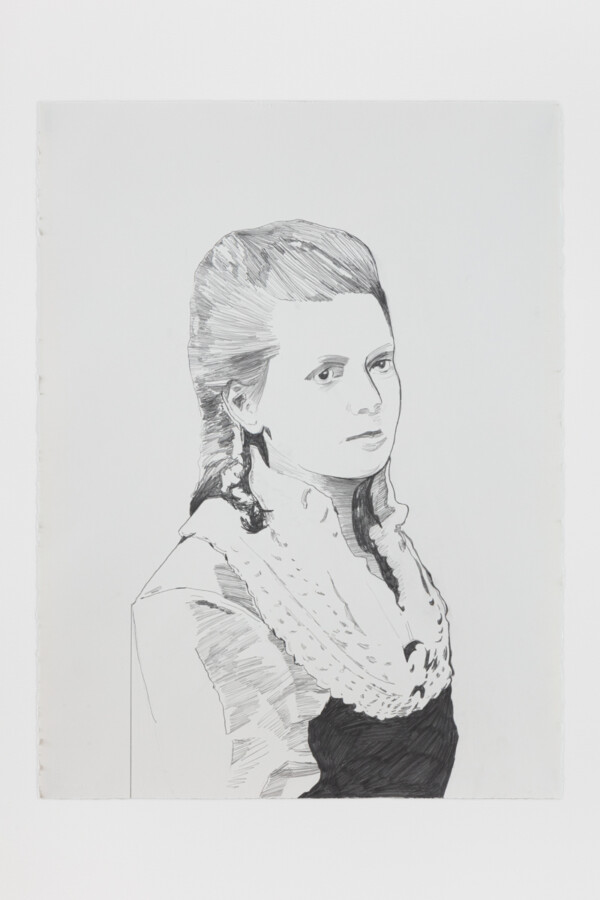