On view through Saturday, October 24th

“It’s All Wrong, It’s Allright…,” which follows two years after Pipsqueak Was Here!!!’s sold-out Vertical Gallery debut “Caution Children at Play,” grapples with a world in crisis, its title addressing the unprecedented instability of our times as well as the survival skills and coping mechanisms that enable humankind to compartmentalize its struggles and push forward.

While “It’s All Wrong, It’s Allright…” continues Pipsqueak Was Here!!!’s longstanding commitment to reusing and recycling materials — all the wood in their bold, colorful paintings comes from discarded shipping pallets and other trash heap finds — the duo spent the better part of a year identifying and creating brand new stencil images for the exhibit, drawing on vintage magazines, comic books and the internet as well as capturing their own photos and sourcing snapshots from friends with simpatico interests and sensibilities.

“Whenever we find an image that triggers an idea that demands for us an artistic explanation, or a certain expression of a narrative that we want to tell, then we manipulate that image until we like it, draw it by hand and turn it into a stencil,” Pipsqueak Was Here!!! explains. “We have a sympathy for really strong graphical imagery that is easy to catch in one layered stencil, so it can be used in different setups or colors. We use stencils like words in a language and have built a huge collection of them over the years. Like in a sentence, these ‘words’ can be used in all kinds of different contexts, and therefore they hardly ever grow stale on us. The stencils become symbols allowing us to spin our tales.”

Children are the protagonists of most of the tales Pipsqueak Was Here!!! tell, and “It’s All Wrong, It’s Allright…” is no exception. Many of these works feature their trademark “Pipsqueak Girl” — a tough but tender figure whose future hinges on whether humanity finally accepts responsibility for protecting the planet from further damage and neglect. The typical Pipsqueak Girl is assembled from many different faces: according to Pipsqueak Was Here!!!, their paintings feature anywhere from 70 to 80 manipulated characters in all, but because they inevitably gravitate to similar images — specifically soulful, stubborn children oblivious to their own beauty, charm and strength — many viewers mistakenly believe the same character recurs throughout their body of work.

“Most of our children look you straight into the eye,” Pipsqueak Was Here!!! states. “Back in 2012, we worked on the walls of the interior of a medical center in Rotterdam named after the philosopher Levinas, who once stated that by looking straight into the eyes, hereby two people are notifying each other of their existence and becoming responsible for one another. This always stuck with us and still shows in the work we make today.”

Pipsqueak Was Here!!! chooses to let their art speak for itself, preferring to keep details about their professional and personal relationship under wraps. Their earliest documented efforts, credited to the alias Plusminus Produkties, date to 2001. The twosome has since exhibited in their native Netherlands, Paris and Miami. They’ve also completed murals in Chicago as well as Denver, Colo.; Ghent, Belgium; London, England; Lagos, Portugal; and Vantaa, Finland.

Face masks and standard social distancing guidelines will be enforced. 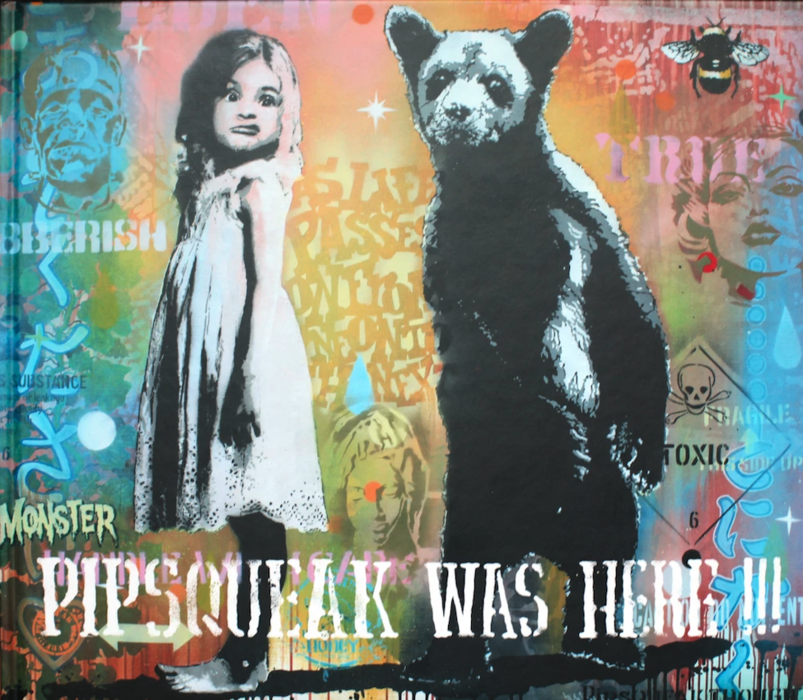