On view through Friday, October 23rd

Followed by a live discussion between Professor Florence Martin, scholar of Maghrebi women’s cinema, and Northwestern candidate in the Department of Political Science Issrar Chamekh

ABOUT THE FILM:
Banned in its country of origin until recently, Fatma 75 is the first non-fiction film made by a Tunisian woman. It is a feminist essay film that uses the figure of a young woman, a university student, to embody and expand on the political histories of significant women in Maghrebi history. The protagonist is called Fatma as an ironic reference to the name French colonizers used to refer to Arab women. Director Selma Baccar combines fiction and re-enactment with interviews and archival material to vividly illustrate the intersecting histories of Tunisian independence and women’s emancipation. Shown in a new digital restoration produced by Africa in Motion.

The restored version of Fatma 75 appears courtesy of Africa in Motion. Fatma 75 was restored in 2017 by the Africa’s Lost Classics project (initiated by Africa in Motion and University of Glasgow, funded through an Arts and Humanities Research Council (AHRC) grant). Thanks to Selma Baccar and Stefanie Van de Peer for their support. 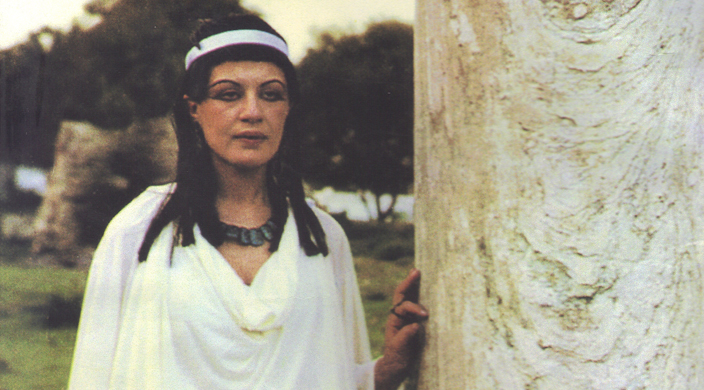