Join us in welcoming Idris Goodwin to the volumes virtual world along with our friend Kevin Coval. Thanks so COVID, we never got to celebrate Goodwin’s new poetry collection CAN I KICK IT (Haymarket Books). We are happy to have Goodwin in the virtual sphere to talk poetry with one of Chicago’s most beloved poets, Kevin Coval.

ABOUT IDRIS: Idris Goodwin is a multidisciplinary arts leader and creative community builder. Across two decades he’s forged a multi-faceted career as an award-winning script writer for stage and screen, Break Beat poet, director, educator, and organizer. He is the new Director of The Colorado Springs Fine Arts Center at Colorado College. The author of Free Plays: open source scripts for an antiracist tomorrow, Goodwin is committed to using the arts to spark meaningful conversation.

His critically acclaimed plays like And In This Corner Cassius Clay, How We Got On, and Hype Man: A Break Beat Play are widely produced across the country at professional theatres, college campuses, and non-traditional spaces alike. He’s been honored to receive developmental support from institutions like The Kennedy Center, The Eugene O’Neill Conference, Oregon Shakespeare Festival, Actors Theatre of Louisville, Arena Stage, and The Playwrights’ Center.

In addition to the recently released poetry collection Can I Kick It?, he’s had several publications from Haymarket Books including Inauguration co written with nico wilkinson, Human Highlight: Ode To Dominique Wilkins, and the play This Is Modern Art co-written with Kevin Coval. The two also co host The Same Old New School Podcast on Vocalo Radio He’s appeared on HBO Def Poetry, Sesame Street, NPR, BBC Radio, and the Discovery Channel.

ABOUT KEVIN COVAL: Poet & publisher Kevin Coval the recipient of the 2018 Studs Terkel Award & the 2017 John Peter Altgeld Freedom of Speech Award & the author of over a dozen books including; Everything Must Go, A People’s History of Chicago, editor of The BreakBeat Poets: New American Poetry in the Age of Hip-Hop, & the play, This is Modern Art, co-written with Idris Goodwin, which premiered at Steppenwolf Theater. Coval is the Artistic Director of Young Chicago Authors, which won a MacArthur Award for Creative & Effective Institutions, & the founder of Louder Than a Bomb: The Chicago Youth Poetry Festival, the world’s largest youth poetry festival, now in more than 19 cities around the world. He co-hosts the podcast The Cornerstore on WGN Radio & his work has appeared on The Daily Show, 4 seasons of HBO’s Def Poetry Jam, CNN.com, Poetry Magazine & Fake Shore Drive. He is editor of BreakBeat Publishing an imprint of Haymarket Books dedicated to publishing radically fresh voices. Find him on the interconnected networks @kevincoval. 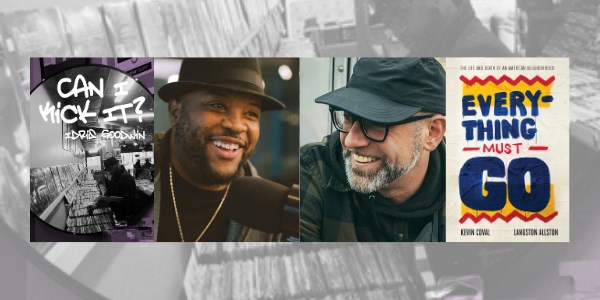