LATITUDE is honored to host a discussion between artists and educators Diana Solís and Silvia Malagrino. Their paths first crossed in the art department at UIC. Silvia continued her academic study and became a tenured professor at the same university. Diana pursued a career in photojournalism working for local neighborhood newspapers such as the Westside Times, Lawndale news and Learner Booster Newspapers in Chicago. Today, both artists continue to live and work in Chicago while exploring historical and cultural representation within their artistic practices. During the conversation they will share life stories, selected works, and experiences as two Latinx makers whose careers span more than 50 years.

Diana Solís is a Chicago based artist born in Monterrey, Nuevo León, Mexico. She is a painter, illustrator, photographer and educator. Her artistic practice encompasses a range of media and techniques. Her work includes painting, illustration, printmaking, photography, found object sculpture, as well public murals and installation. Solis’ is currently working on an oral history, photo documentary project with high school students about the Pandemic in Pilsen: Stories in Conversation”. Working for over 40 years as a professional artist, and in community-based art Solís’ work draws from memory, cautionary tales, oral and personal histories, and contemporary urban culture. Her work examines notions of place, identity and belonging. Solís is a lead teaching artist for Changing Worlds Organization and Urban gateways in community-based art programs and in residency programs in Chicago area public schools.

Solís holds a BFA in photography from the University of Illinois at Chicago. Solis has exhibited locally, nationally and internationally including at the National Museum of Mexican Art where her work is part of the permanent collection; National Hispanic Center in Albuquerque, New Mexico; Museo Nacional de Culturas Populares, Toluca, Mexico; Centre Cívic Barceloneta, Barcelona, Spain. Her work will be featured in the LatinXAmerican exhibition at the DePaul Art Museum in Chicago. Solís is a lead teaching artist for Changing Worlds Organization and Urban Gateways in community-based art programs and in residency programs in Chicago public schools.

Silvia Malagrino is an artist and filmmaker, born in Buenos Aires, Argentina. She is Professor in the School of Art and Art History at the University of Illinois at Chicago. Her artistic practice is fluid and, essentially, interdisciplinary. She works in different media—photography, film, and language to represent issues of historical and cultural interest, and also to explore in depth the fancies, the intricacies, and the idiosyncrasies of the personal imagination. Over the years, Malagrino dealt with the realm of memories and dreams. She has used them as the subsoil of her art to establish connections between fact and fiction, and to reclaim subjectivity as an integral part of historical testimony—since she believes that much of one’s interior world is the product of one’s social existence.

She has received international awards such as The Lorenzo De Medici first prize for her work in video. In the United States, she is the recipient of many awards including but not limited to the National Endowment for the Arts, the Guggenheim Fellowship and the Distinguished Artist Award of Illinois. Her work has been exhibited and screened nationally and internationally at numerous institutions, including the Art Institute of Chicago; the Museum of Contemporary Photography, The Gene Siskel Theatre in Chicago, IL; the Palais de Glace National Art Gallery,  The Centro Cultural La Recoleta, and the Centro Cultural de la Cooperacion Floreal Gorini in Buenos Aires, Argentina; the Museo de Arte Moderno La Tertulia, Cali, Colombia; The Biennale Internazionale dell’Arte Contemporanea, Florence, Italy; the Ateneo of Madrid, Spain; The Rochester Institute of Technology, NY; the Museum of Latin American Art, Organization of the American States, 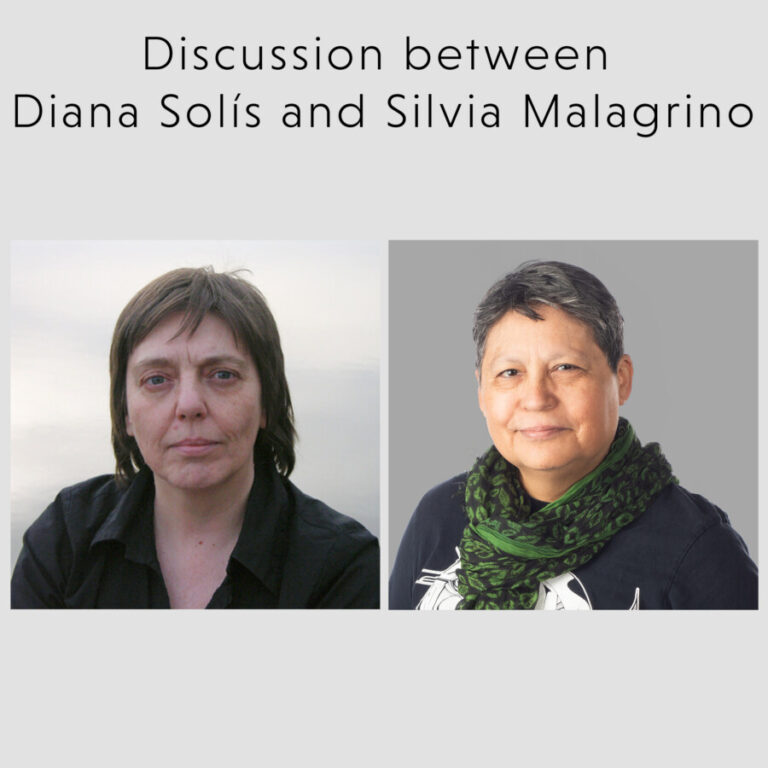