Tuesdays on the Terrace is the MCA’s summer jazz series celebrating Chicago’s robust music scene. Audio broadcasts are available on Facebook Live
every Tuesday, July through September, from 5:30–6:30 pm. Multi-instrumentalist, singer, and songwriter Sam Trump presents two sets of his original compositions in an exclusive recording on the MCA’s Terrace.

Originally from Houston, Sam Trump has been a student of music from first picking up the trumpet at age seven. Upon moving to Chicago in 2009 to obtain a degree in fine arts in music at Columbia College Chicago, he has become heavily involved in Chicago’s live music scene, and is widely known as a band leader, sideman, mentor, and curator. Wherever he is, Trump is known for creating a vibe that is sophisticated and soulful. Trump has opened for Al Jarreau, Ryan Leslie, Wild Belle, Kindred the Family Soul, The War and Treaty, and Sy Smith, and is featured on the albums with Sidewalk Chalk, Add-2, Rapsody, Cam Be, Kendra Foster, and B Forrest, among others. 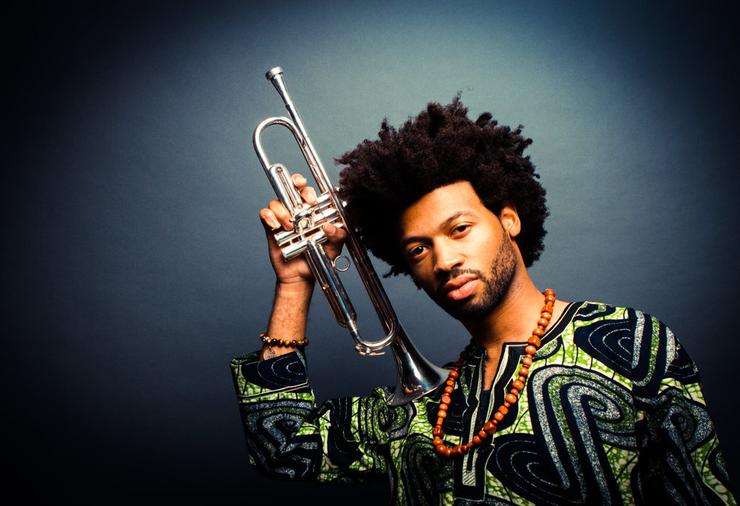