Leasho Johnson: Only when it’s dark enough can YOU see the stars

On view through Sunday, October 25th

Leasho Johnson (b. 1984) is a visual artist working in paintings, collage, sculpture, street art, and digital medium. He was born in Montego-Bay but raised in Sheffield, a small town on the outskirts of Negril, Jamaica. Johnson uses his experience growing up black, queer, and male to explore concepts around forming identity and the postcolonial condition. Johnson is inspired by Jamaican Dancehall street culture, psychological interiorities, gender politics, Caribbean mythology, and trauma. He uses cartooning as a mode of abstraction to blur the distinction of stereotype and representation, geography and memory, and to reveal or hide western contentions with the black body.

Working in a multiplicity of mediums, Leasho immortalizes the dynamic energy of the Dancehall and engages with black stereotypes and spectrums as expressed in Jamaican/Caribbean cultural practice. His characters often merged specific materials with new narratives around gender and identity whilst utilizing both traditional and contemporary approaches around ancestral and personal stories. His interest sometimes comes from reinterpreting/interrupting the historical imagery of the British Empire with contemporary realities. His work centers the contestations and tensions in western culture around sexuality and seeks to explore contemporary meanings in context to historical truths.

Tags: Chicago, FLXST Contemporary, Leasho Johnson, Near South Side, Only when it's dark enough can YOU see the stars 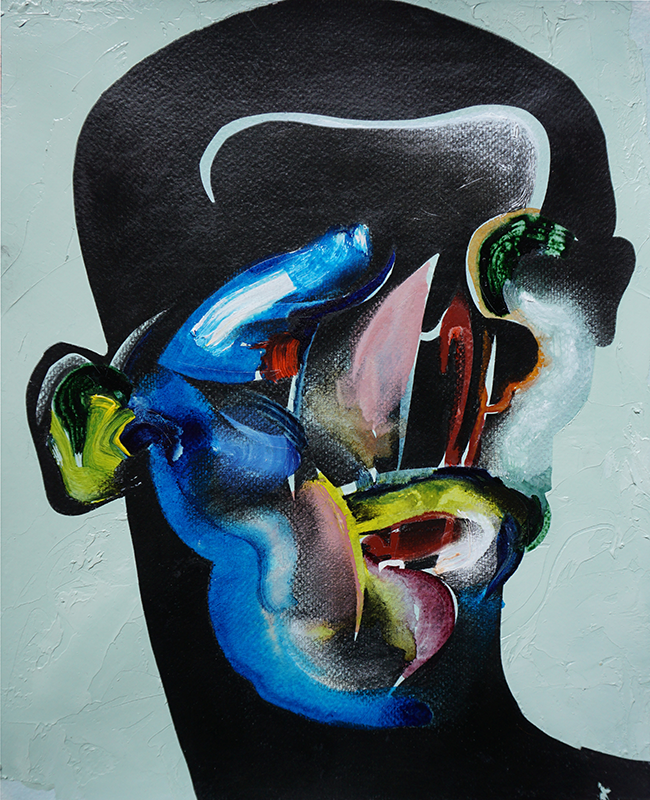