Join us for a live event with authors Kalisha Buckhanon and Jenny Milchman! Kalisha and Jenny will be discussing their books as well as the importance of place in storytelling. Both of their books, SPEAKING OF SUMMER (Buckhanon) and THE SECOND MOTHER (Milchman) are deeply

JENNY MILCHMAN is a suspense writer from New York State, who lived for fifteen months on the road with her family on what Shelf Awareness called “the world’s longest book tour.”

Jenny speaks nationwide about the publishing industry and the importance of sticking to a dream. She served as Vice President of Author Programming for International Thriller Writers, is a member of the Sisters in Crime speakers bureau, and the founder of Take Your Child to a Bookstore Day.

ABOUT SPEAKING OF SUMMER: Speaking of Summer
A “powerful song about what it means to survive as a woman in America” (Jesmyn Ward), this “fiercely astute” novel follows a sister determined to uncover the truth about her twin’s disappearance (Tayari Jones).

On a cold December evening, Autumn Spencer’s twin sister, Summer, walks to the roof of their shared Harlem brownstone and is never seen again. The door to the roof is locked, and the snow holds only one set of footprints. Faced with authorities indifferent to another missing Black woman, Autumn must pursue the search for her sister all on her own.

With her friends and neighbors, Autumn pretends to hold up through the crisis. But the loss becomes too great, the mystery too inexplicable, and Autumn starts to unravel, all the while becoming obsessed with the various murders of local women and the men who kill them, thinking their stories and society’s complacency toward them might shed light on what really happened to her sister.

In Speaking of Summer, critically acclaimed author Kalisha Buckhanon has created a fast-paced story of urban peril and victim invisibility, and the fight to discover the complicated truths at the heart of every family.

ABOUT THE SECOND MOTHER: Julie Weathers isn’t sure if she’s running away or starting over, but moving to a remote island off the coast of Maine feels right for someone with reasons to flee her old life. The sun-washed, sea-stormed speck of land seems welcoming, the lobster plentiful, and the community close and tightly knit. She finds friends in her nearest neighbor and Callum, a man who appears to be using the island for the same thing as she: escape.

But as Julie takes on the challenge of teaching the island’s children, she comes to suspect that she may have traded one place shrouded in trouble for another, and she begins to wonder if the greatest danger on Mercy Island is its lost location far out to sea, or the people who live there.

VOLUMES BOOKS is inviting you to a scheduled Zoom meeting. 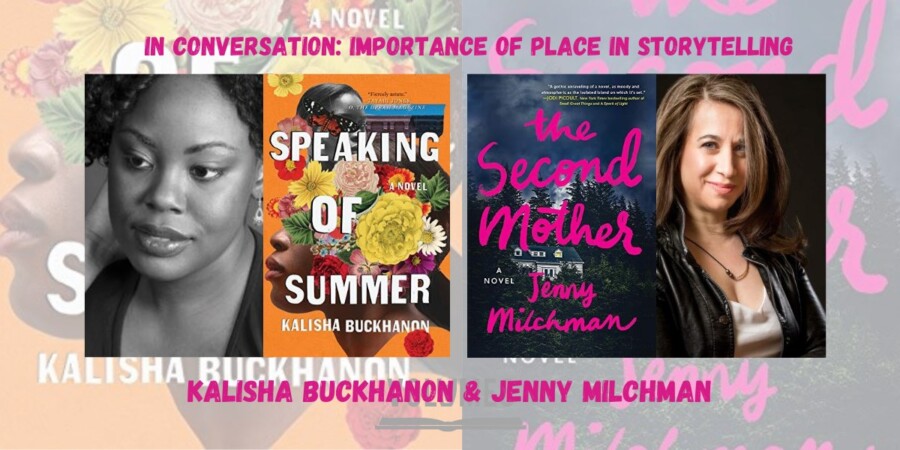