On view through Thursday, October 1st

Ever since the 19th century, people have been collecting scientific data from the human body and cataloguing emotions. Today, technology is used to turn our emotions into financial assets. Smart devices try to gain our trust in order to compile information that turns our feelings into capital. In Emotions Go to Work, New York based artist Zoe Beloff explores where this evolution is taking us. Can these technological systems understand our feelings? Will emojis determine our emotional life? As technology takes on more and more emotional characteristics, how will they change the nature of our desires?

Emotions Go to Work presents itself as a cacophony of faces (human and nonhuman) which are either animated, illustrated or performed, alongside a series of symbols of old and new technological advancement. The multi-media installation comprising films, charts and figures that explore the interwoven history of human and machine through re-workings and pastiches of existing cultural material from our collective consciousness– from samples of early black and white cartoons to emojis, and from early kinetic experiments in film to slick advertorials.

From a laughing typewriter to the Internet of things (IoT), Emotions Go to Work asks what balance must be struck between creating helpful technologies and entrusting machines with the freedom to reshape us in their image. 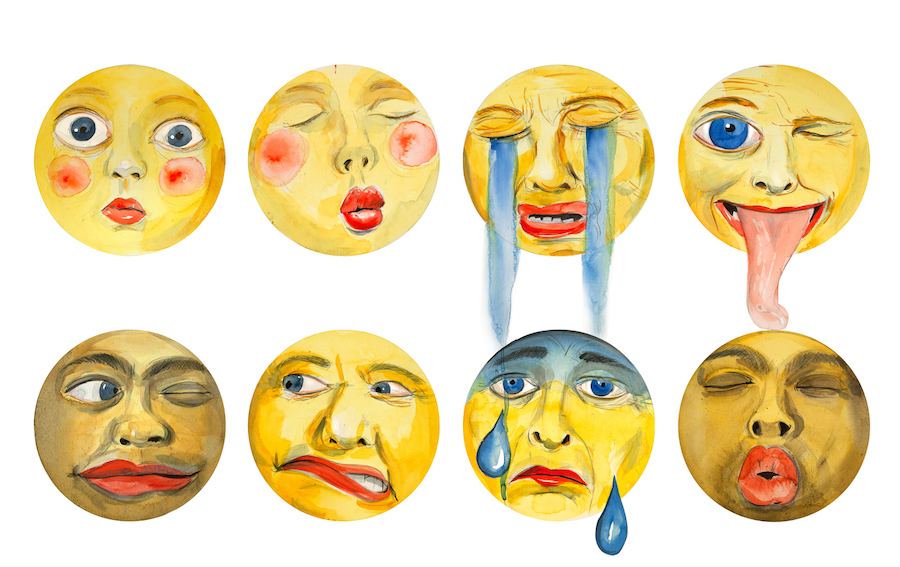