The Artistry of Black Organizing in the 21st Century

While all of our events are freely available, we ask that those who are able make a solidarity donation in support of our continuing to do this important work.

Donations from this event will be shared between SisterSong, SONG and Solutions Not Punishment in order to support their important organizing work.

***Register through Eventbrite to receive a link to the video conference on the day of the event. This event will also be recorded.*** https://www.eventbrite.com/e/the-artistry-of-black-organizing-in-the-21st-century-tickets-113932747916?aff=ebdssbonlinesearch

Much of the ‘back of the house’ organizing that has made the current rebellion and political moment possible goes unseen. So often images of protestors in the streets capture our collective attention and imagination.

However, so much of what Black organizers do involves more mundane and less sexy work like: mutual aid, transformative justice, fundraising for bail, working to fight evictions, healing and carework. This work helps lay the groundwork for getting people to imagine the abolition of policing and other violent systems in order to build support networks (and worlds) that don’t rely on the logics of anti-Blackness.

This behind the scenes work is also gendered, racialized and classed labor that many Black queer, trans, non-binary and disabled femmes perform.

Why is this organizing work important? How is it beautiful/artful? How do we elevate/celebrate it? How do we invite people into this beautiful work?

Mary Hooks is the co-director of Southerners on New Ground (SONG). SONG is a political home for LGBTQ liberation across all lines of race, class, abilities, age, culture, gender, and sexuality in the South. We build, sustain, and connect a southern regional base of LGBTQ people in order to transform the region through strategic projects and campaigns developed in response to the current conditions in our communities. SONG builds this movement through leadership development, coalition and alliance building, intersectional analysis, and organizing. Mary’s commitment to Black liberation, which encompasses the liberation of LGBTQ folks, is rooted in her experiences growing up under the impacts of the War on Drugs. Her people are migrants of the Great Migration, factory workers, church folks, Black women, hustlers and addicts, dykes, studs, femmes, queens and all people fighting for the liberation of oppressed people.

Monica Simpson is the Executive Director of SisterSong, the National Women of Color Reproductive Justice Collective. She uses an interdisciplinary approach to activism by calling her artistic and healing practices into the implementation of SisterSong’s mission. Based in the historic West End in Atlanta, GA and founded in 1997, SisterSong amplifies and strengthens the collective voices of Indigenous women and women of color and ensures reproductive justice through securing human rights. SisterSong’s headquarters is known as the “MotherHouse” and is a national organizing center for feminists of color.

Toni-Michelle Williams is an auto-theorist, performance artist, and executive director of Solutions Not Punishment Collaborative (SNAPCO). As a native of Atlanta, Georgia, she is a celebrated community organizer in prison abolition/prison reform issues. She was instrumental in the campaign to calling for the Closure the Atlanta City Detention Center (ACDC), marijuana decriminalization, sex worker rights & protections, and ending the criminalization Black transgender and queer people in Atlanta. In addition, she is regarded for her innovation in framework development for Black transgender feminism and peer-led- community-based leadership development for Black transgender women. In 2019, William’s served as a member of Atlanta Mayor Keisha Lance Bottoms’ Taskforce to Repurpose ACDC and currently serves on Atlanta’s Police Use of Force Taskforce. Williams is a 2019 OUT100 Magazine Honoree, She is adorned for her infectious smile, golden personality and undeniable light. 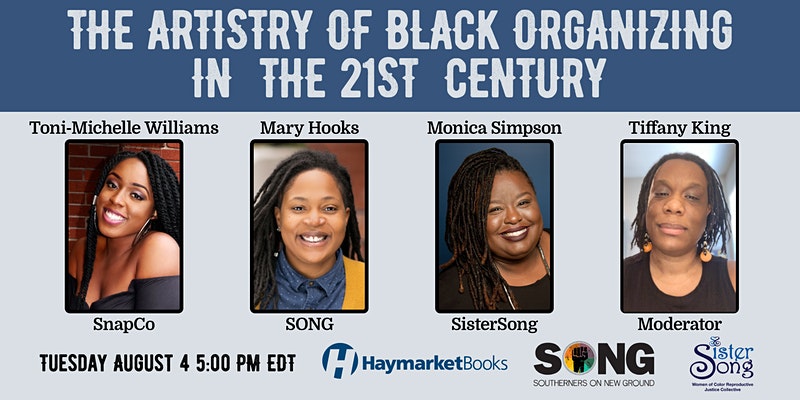