PRISON BY ANY OTHER NAME: The Gendered Face of Prison Reform

Join us for the virtual launch event for Prison By Any Other Name by Maya Schenwar and Victoria Law.

For this virtual event, Prison by Any Other Name authors Victoria Law and Maya Schenwar will be joined by Beth Richie, Monica Jones & Deana Lewis.

Attendees must register through Eventbrite to get the access link emailed to them.

Electronic monitoring. Sex worker “rescue” programs. Mother-baby institutions. Mandated psychiatric treatment. Extended probation. These are some of the key alternatives held up as cost-effective substitutes for jails and prisons. But many of these so-called reforms actually widen the net, weaving in new strands of punishment and control and increasing the number of people in the system.

These alternatives also enact gender-based oppression, overwhelmingly impacting women, trans and nonbinary people of color. In addition to being targets of punitive prison “alternatives,” Black and Indigenous women and girls are also particularly targeted by extensions of the prison-industrial complex such as foster care and school policing. The branches of this country’s punishment system extend far and wide — and the parts that most impact women garner less attention on the national stage.

Please join us for an event to discuss Prison by Any Other Name a new book by abolitionist journalists Maya Schenwar and Victoria Law, and explore the harmful impact of prison and policing reforms on women, trans and nonbinary people.

Victoria Law is a freelance journalist and author focusing on the intersections of incarceration, gender and resistance. She is the author of Resistance Behind Bars: The Struggles of Incarcerated Women and the co-author of Prison By Any Other Name: The Harmful Consequences of Popular Reform. She lives in New York City with her daughter.

Maya Schenwar is the editor-in-chief of Truthout. She is the author of Locked Down, Locked Out: Why Prison Doesn’t Work and How We Can Do Better, and co-author (with Victoria Law) of Prison by Any Other Name: The Harmful Consequences of Popular Reforms. She is also the co-editor (with Joe Macaré and Alana Yu-Lan Price) of Who Do You Serve, Who Do You Protect? Police Violence and Resistance in the United States. Maya lives in Chicago with her toddler.

Deana Lewis is a member of Love & Protect – a collective dedicated to BIPOC women, trans, and GNC folks who are criminalized or harmed by state and interpersonal violence – and a co-founder of the Just Practice Collaborative. Her scholarly and activist work focuses on trans and non-trans Black women and girls who have experienced state violence.

Beth Richie is Head of the Department of Criminology, Law and Justice and Professor of Black Studies and Gender and Women’s Studies at UIC. A long-time activist in the moments against gender-violence, Richie’s work focus on challenging mass criminalization of Black women and gender queer people from a Abolition Feminist perspective.

Monica Jones is a Black transgender advocate who also advocates for the rights of sex workers and low income women of color. She is the founder of The Outlaw Project, an organization based on the principles of intersectionality to prioritize the leadership of people of color, transgender women, gender non-binary and migrants for sex worker rights.. Ms Jones has been an advocate for rights for more than a decade and has experienced police reprisals as a direct result of her activism. In 2013, after speaking at a public action protesting rights violating arrests under the Project ROSE diversion program in Phoenix, Arizona, she was arrested. In partnership with local and national organizations, including the ACLU-AZ and Arizona Prison Watch, Monica Jones created a campaign that garnered local, national and global attention about the injustice of statutes that facilitated arresting her for “walking while trans.” This successful two year long campaign opened the way for discussion in the media about both the laws used to criminalize trans people and the “diversion” offered by Project ROSE that in fact stripped them of due process and their rights and routed people into overcrowded jails. Her case is now frequently cited in legal and policy briefs in support of strategic litigation and campaigns.

This event is co-sponsored by
– Love & Protect
– Chicago Community Bond Fund
– Chicago Books to Women in Prison .
We thank them for the work that they do and their generous support of this event. 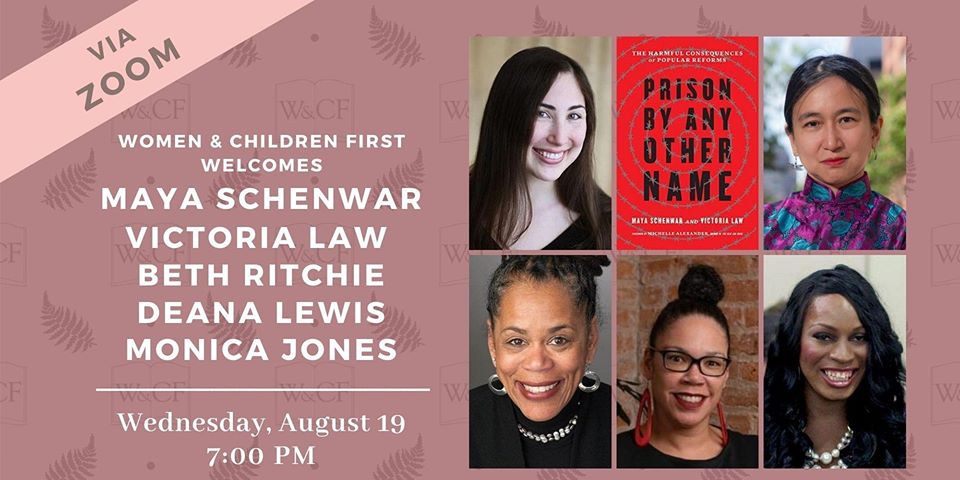