BIO
Magda Mayas,
born 1979, is a pianist living in Berlin.
Over the past 20 years, she developed a vocabulary utilizing both the inside as well as the exterior parts of the piano, using amplification, preparations, and objects that become extensions of the instrument itself.  Mayas explores textural, linear sound collage, and has developed a set of techniques that draw on the history of prepared and inside piano vocabulary, but are highly individualized and expand the language for internal piano music-making.

Alongside the piano, Mayas performs on a Clavinet/Pianet, an electric piano from the 60s with strings and metal chimes, where she engages with noise and more visceral sound material, equally extending the instrumental sound palette using extended techniques and devices.
She is currently undertaking Phd studies at the University of Gothenburg, Sweden, investigating instrumental techniques, timbre, and spatiality in improvised music performance. Since September 2019 she is teaching at Hochschule für Musik Luzern and responsible for the Improvisation subject area.

Mayas performs internationally solo and in collaboration with a large number of musicians and composers. Current projects are “Spill”, a duo with drummer Tony Buck, a duo with Christine Abdelnour (sax), “Great Waitress”, a trio with Monika Brooks (acc), and Laura Altman (cl) and the 24 piece Splitter Orchester Berlin.
Magda Mayas has performed and toured in Europe, the USA, Australia, Mexico and Lebanon and collaborated with many leading figures in improvisation and composers such as John Butcher, Andy Moor, Eddie Prévost, Phill Niblock, Zeena Parkins, Hamid Drake, Joelle Leandre, David Sylvian, Paul Lovens, Ikue Mori, Andrea Neumann, and Axel Dörner. She has performed at festivals and exhibitions such as Maerz Musik (2012,2015), Documenta (2012), the Berlin Biennale (2014) or Huddersfield Contemporary Music Festival (2015).
She was awarded a residency at Villa Aurora, Los Angeles in 2016 and at the Montalvo Arts Centre, USA in 2017 and 2019. Additionally, she has been curating, producing radio pieces for ABC Australia and Deutschlandradio Kultur, and released over 30 CDS to date.

“I’ve been a fan of Magda’s work since first hearing her perform live with drummer Tony Buck in Berlin back in the mid-2000s. Their focused and engaging duo was one of the most enjoyable live sets of music that I have ever been lucky enough to witness. The improvising was focused, engaging, and moved where it needed to, without feeling rushed. Since that time, I have always made it a point to check in with Magda’s work whenever possible, either online or better yet, catching a live set in one of many configurations that she has been a part of over the years. Magda’s highly individualized sound explorations both inside and outside of the piano, often augmented with found objects and amplification, are a stunning example of what can be achieved in the world of sound creation in the 21st century.” -Tim Daisy/Option Curator 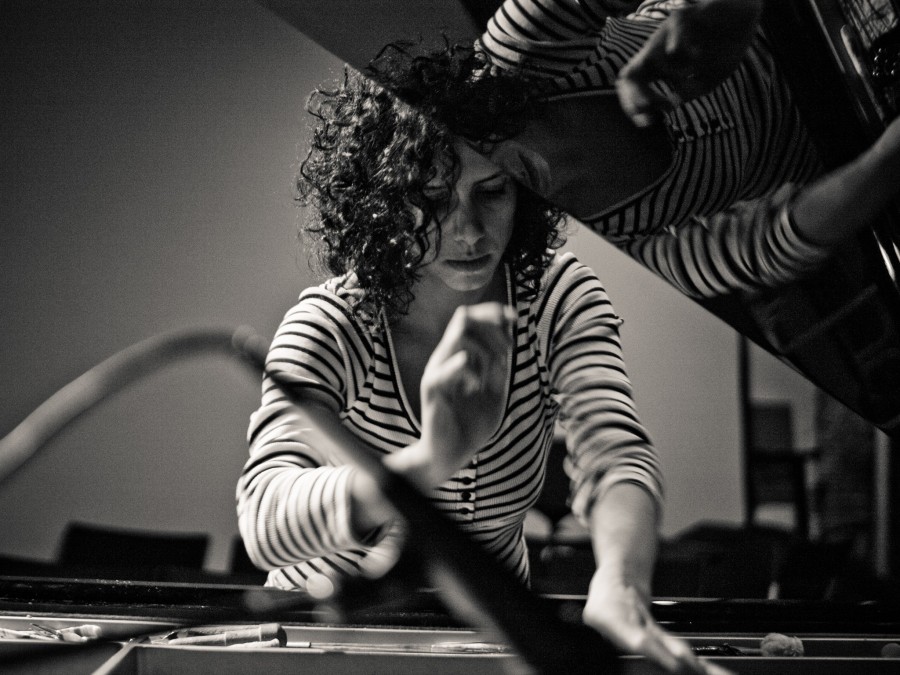