For the fifth in our series of events highlighting video activists and pioneers, Media Burn is thrilled to announce that we’ll be joined on August 14th by Laurie Little. Little will be presenting a collection of short films and trailers, with the goal of covering a wide variety of her videomaking career. In preparation for the event, she’s encouraging attendees to watch one or both of her films “Sisters March” and “Totalité”.

Head to the ticket link now to sign up! https://www.eventbrite.com/e/virtual-talks-with-video-activists-laurie-little-tickets-114346742184

Originally from Canada, Laurie Little is a Chicago-based filmmaker, artist and educator. Her award-winning films have been screened at festivals and exhibitions worldwide. Little’s observational documentaries and fiction films work to inspire dialogue and advocacy for change.

Her film, “Sisters March” connects voices of hope, empowerment, and intersectionality during the Women’s March. “Totalité”, about Photographer and Umbraphile Richard Bellia, looks at Bellia’s passion for the creative process and its parallels to nature. The film was a collaboration with Justin T. Jones.

Little is currently in post on the documentary “Musher”, following four female dog sled racers on the Lake Superior south shore race circuit. She’s working with film partner Anu Rana on “Musher”. Little is simultaneously in production on the doc, “The Light of Truth: A Monument for Ida B. Wells” with partners, Rana Segal and Judi Singleton.

Most recently, Little’s short film Canopy screened at the Field Museum’s “Night of Ideas” just before the pandemic hit. Her film about a vegan food drive — a collaboration with Cruelty Free You and Me, I Grow Chicago, and Luminist Films partner Bridgette Wilson — is safely in production. The feature film “Un œil sur Bellia” — inspired by “Totalité” — is also in production.

Little holds a BFA from York University and an MFA in Film and Video from Columbia College Chicago where she teaches the classes Documenting Social Injustice and Culture Race and Media. Her work as a digital artist on the Aldi account with Publicis Groupe Chicago/The Pub/Leo Burnett helps to support her filmmaking habit.

You can check out more of her work at LuministFilms.com http://luministfilms.com/? 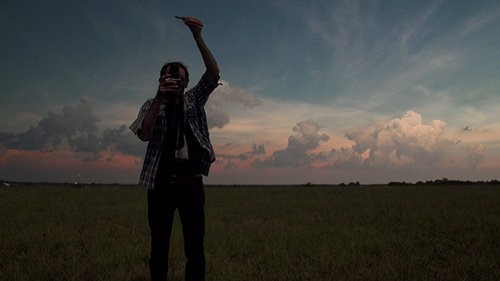