Melkbelly sculpts their signature balance between subtle melody and frantic noise on new album PITH, their second for Carpark Records/Wax Nine. The Chicago-based foursome has made spatial dynamics central to its arrangements, reaching for weirder highs and more startling atmospherics, negative space giving way to enveloping walls of chaos. This sense of form is reflected not only in the purposeful production, but in the ceramic cover art created by Chicago artist Deborah Handler.

Since 2013, Melkbelly have cloaked forward-thinking pop-songs with a shroud of disjointed rhythms, feedback, and noise. It’s a pretty great trick. Peel back the layers of the group’s rich and colorful sound and you’ll grip the simple and true melodies that lie within the discord. It’s as you move in closer that Melkbelly comes into focus: thoughtful artists who’ve dedicated themselves not only to their community, but to surprising hooks that explode in cathartic cacophony.

Born out of a Chicago DIY circuit that champions collaboration and experimentation across genres, the modest family affair began in earnest when the guitar team of Bart and Miranda Winters joined forces with drummer James Wetzel. The combo of a minimal-pop duo and a drummer who lashes at his kit like it’s being swarmed by wasps was steadied by the propulsive contributions of Bart’s brother Liam on bass. From a freak noise-rock project, Melkbelly morphed into a rising Chicago rock band, releasing a series of dazzling EPs.

Chicago trio FACS have evolved very quickly in the span of their three years in existence. “Void Moments” is their third & latest offering; a dark & claustrophobic album with rivulets of seismic beauty peeking through the din.

Formed in the wake of the dissolution of Disappears, guitarist Brian Case & drummer Noah Leger’s project is the logical continuation of the trails blazed in their former outfit. Since their 2017 debut Negative Houses, the band have reworked, retooled & reshaped their sound, and with the addition of bassist Alianna Kalaba on 2018’s Lifelike, their evolution has coalesced into something distinct. Gone is the bone-rattling minimalism of Negative Houses; Void Moments offers an abstraction of the melodic elements that crept into Lifelike and contorts them toward a new horizon.

Where Lifelike rang with a metallic, near-industrial racket, Void Moments cloaks the music behind a black velvet curtain of sonance, obsfuscating the band’s most direct set of songs to date. “Boy” kicks off with a lurch of vocals and Case’s sinewy guitar-line guiding a stoic march. By the time Kalaba drops in with the bass, the track morphs into a milky swirl, leading into the chime of “Teenage Hive”s buzzing churn. “Casual Indifference” expertly fuses the band’s rhythmic pulse with a somber dissolve of guitars, vocals and backwards-masked drums. “Version” closes out side one with lush surges of Case’s shoegaze’d guitar & voice weaving around the rhythm section. Side two’s “Void Walker” careens in with Leger’s cavernous drums, Kalaba and Case riding alongside. The album’s final two tracks “Lifelike” and “Dub Over” cascade into one another, becoming one & act as a perfect analogy to Void Moments mutability, both musically & lyrically. Despite its foggy presence, Void Moments still careens toward the light. By embracing fluidity, FACS continue to evolve & refuse to be ensnared by genre. Void Moments ruminates on humanity’s increasing refusal of identity, not only via our reliance on technology, but also within our society’s challenging of societal & gender norms. Void Moments feels one step closer to oblivion, but its sounds are a welcome salve. 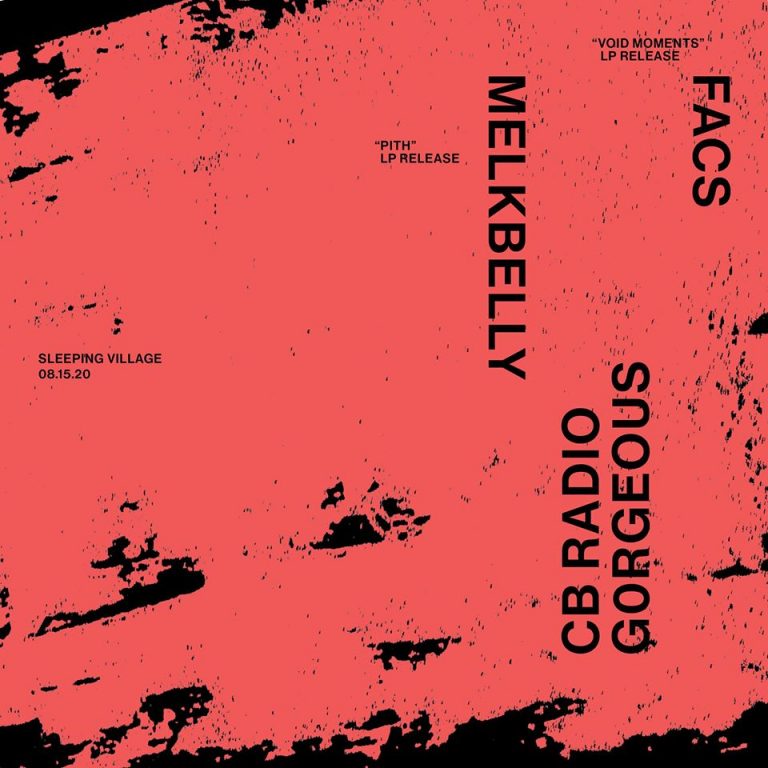