Defacing the Monument: A Reading and Conversation

**This event will be broadcast via YouTube Live. Register on Eventbrite or check back here closer to the event for the event link.**

A former journalist, Susan Briante started taking graduate students to the US-Mexico border in 2016 to research and write about migration issues. What began as essays documenting the crisis turned into a reflection on documentary poetics: the act of witnessing and writing about the suffering of others. Opening with the narration of an Operation Streamline hearing— a proceeding during which as many as 75 undocumented migrants were criminally prosecuted and sentenced en masse to serve jail time prior to deportation— DEFACING THE MONUMENT shows what happens to those who do not hold the “correct” documents and highlights how the archive bears the marks of power. Part documentary, part lyric essay, part primer, DEFACING THE MONUMENT is an exploration of the many ways we might tell stories and a guidebook for anyone who believes in what documentary poetics, and all art, can and should do in this moment of crisis.

The Kino Border Initiative (KBI) is a binational organization that works in the area of migration and is located in Nogales, Arizona and Nogales, Sonora, Mexico. Its mission is to promote US/Mexico border and immigration policies that affirm the dignity of the human person and a spirit of bi-national solidarity through: direct humanitarian assistance and accompaniment with migrants; social and pastoral education with communities on both sides of the border; participation in collaborative networks that engage in research and advocacy to transform local, regional, and national immigration policies. JOANNA WILLIAMS, KBI’s Director of Education and Advocacy, will be participating in this event.

SUSAN BRIANTE’s book The Market Wonders (Ahsahta Press) was a finalist for the National Poetry Series. The Kenyon Review calls it “masterful at every turn.” She is also the author of the poetry collections Pioneers in the Study of Motion and Utopia Minus (an Academy of American Poets Notable Book of 2011), both from Ahsahta Press. Briante has received grants and awards from the Atlantic Monthly, the MacDowell Colony, the Academy of American Poets, the Dorothy Sargent Rosenberg MemorialFund and the US-Mexico Fund for Culture. She is professor of creative writing and literature at the University of Arizona.

CRISTINA RIVERA GARZA is the award-winning author of six novels, three collections of short stories, five collections of poetry and three non-fiction books. Originally written in Spanish, these works have been translated into multiple languages, including English, French, Italian, Portuguese, and Korean. The recipient of the Roger Caillois Award for Latin American Literature (Paris, 2013); as well as the Anna Seghers (Berlin, 2005), she is the only author who has won the International Sor Juana Inés de la Cruz Prize twice, in 2001 for her novel Nadie me verá llorar (translated into English by Andrew Hurley as No One Will See Me Cry ) and again in 2009 for her novel La muerte me da. She has translated, from English into Spanish, Notes on Conceptualisms by Vanessa Place and Robet Fitterman; and, from Spanish into English, “Nine Mexican Poets edited by Cristina Rivera Garza,” in New American Writing 31. She is the Breeden Eminent Scholar at Auburn University and a fellow at the UCSD Center for Humanities fall 2015. She received a Senate Grant from UCSD and the prestigious three-year Sistema Nacional de Creadores grant from Mexico. She is a distinguished professor in Hispanic Studies and Director of the Creative Writing Program at the University of Houston.

ANTHONY CODY is the author of Borderland Apocrypha (Omnidawn, April 2020), winner of the 2018 Omnidawn Open Book Prize. He is a CantoMundo fellow from Fresno, CA. His poetry has appeared in Gulf Coast, Ninth Letter, Prairie Schooner, TriQuarterly, among other journals. Anthony co-edited How Do I Begin?: A Hmong American Literary Anthology (Heyday, 2011). He manages social media for CantoMundo, is an associate poetry editor for Noemi Press, and is a recent MFA-Creative Writing graduate at Fresno State, where he helps support Juan Felipe Herrera’s Laureate Lab Visual Wordist Studio. You can find more information about Anthony at www.anthonycody.com. 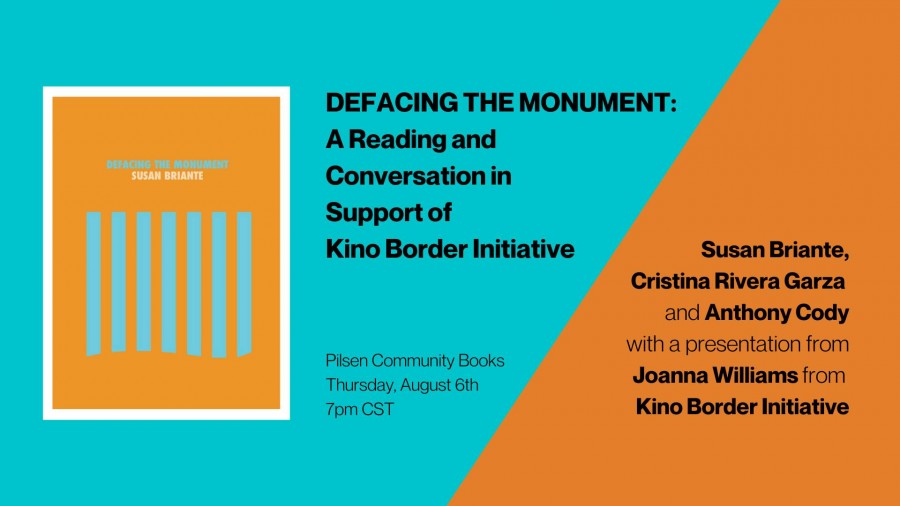