Kristen Renee Miller’s poems and translations have appeared in POETRY, The Kenyon Review, The Common, Guernica, and Best New Poets 2018. Her debut translation, Spawn, by Ilnu Nation poet Marie-Andrée Gill, will be published in 2020. A recipient of honors and fellowships from The Kennedy Center, The Humana Festival, The Kentucky Arts Council, and elsewhere, she lives in Louisville, Kentucky, where she is the managing editor for Sarabande.

Anne O. Fisher is a Russian-to-English literary translator specializing in 20th and 21st-century fiction, along with plays, essays, journalism, and artist’s statements. With co-translator (and husband) Derek Mong, she translated The Joyous Science: Selected Poems of Maxim Amelin, which received the Cliff Becker Translation Prize. A past recipient of both NEH and NEA translation grants, Fisher is Senior Lecturer at the University of Wisconsin-Milwaukee’s program in Translation and Interpreting Studies. She is the Vice-President of ALTA (the American Literary Translator’s Association) (2019-2021).

Derek Mong is the author of The Identity Thief (2018) and Other Romes (2011), both from Saturnalia Books. A chapbook, The Ego and the Empiricist (2017), was a finalist for the Two Sylvias Press Chapbook Contest. His collaborative translation, The Joyous Science: Selected Poems of Maxim Amelin—completed with wife, Anne O. Fisher—received the 2018 Cliff Becker Translation Prize. A poet, essayist, translator, and scholar, Derek’s work appears widely: The Kenyon Review, Blackbird, At Length, Pleiades, Two Lines, Poetry Northwest, and in the recent anthology, Writers Resist: Hoosier Writers Unite (2017).

Hai-Dang Phan was born in Vietnam and grew up in Wisconsin. He is the author of the poetry collection Reenactments (Sarabande, 2019) and the chapbook Small Wars (Convulsive Editions), and is the translator of Phan Nhiên Hạo’s volume of selected and new poems, Paper Bells (The Song Cave, 2020). His poems and translations have appeared in New England Review, The New Yorker, Poetry, Asymptote, Mekong Review, and Best American Poetry 2016, and have been recognized by a National Endowment for the Arts fellowship, the New England Review’s Emerging Writer Award, and the Frederick Bock Prize.

Accessibility: Our store is wheelchair accessible with one accessible restroom. Seating is first-come, first-served, but we are happy to reserve seats for people with disabilities. We have LED lighting that can be adjusted with dimmers. Please call the store at 773-769-9299 the day of the event if you need a reserved seat or have additional questions. 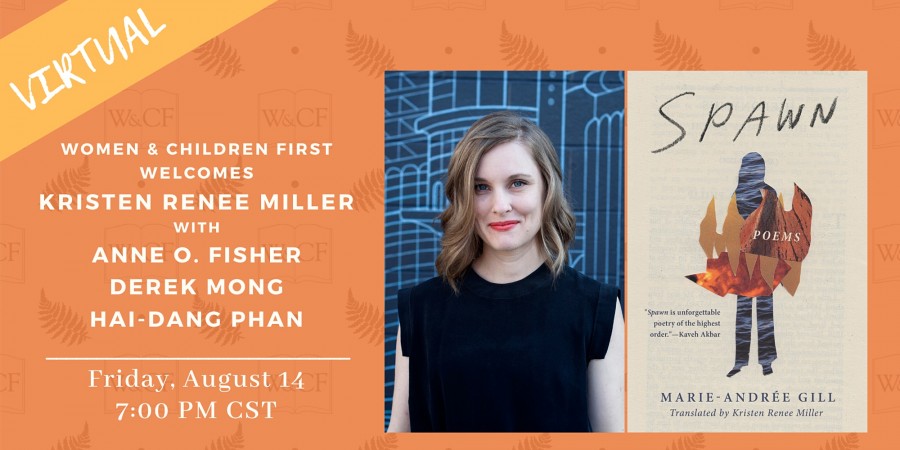