Joanna Mattrey is a violist active in both the new music and free improvisation communities who’s playing often incorporates textural gestures, preparations, and electronic alterations. She is searching for moments of ceremony and ritual in a modern soundscape.

Mattrey has played with such luminaries as Marc Ribot and the Young Philadelphians, Mary Halvorson, John Zorn, Erik Friedlander, Nick Dunston and others among New York City’s Downtown scene.

Her projects are incorporative of many styles which have brought her to various venues including the Whitney Museum, the Rubin Museum, MoMa’s PS1, Carnegie Hall, Roulette, Boston’s MFA, The Stone, Joe’s Pub, LPR, and has played at SxSW, the Newport Jazz Festival, and the NYC Winter Jazz Fest.

“I’m very much looking forward to hosting the prolific violist and composer Joanna Mattrey on the Option stage for the first time. Her solo recording Veiled (On Relative Pitch Records) is a phenomenal showcase in the endless sonic possibilities which available in a solo strings context.” – Tim Daisy/Option programmer

Suggested donation of $5/evening – think of it like paying cover to a concert! 100% of the donations contributed during each performance go to the artists who played that night. 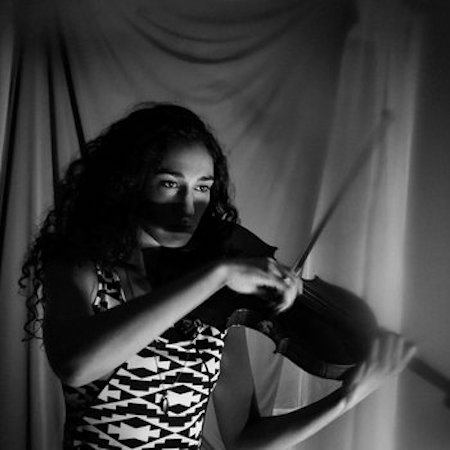