THE DEPORTATION MACHINE by Adam Goodman

Please join us for the virtual launch celebration of the The Deportation Machine.

For this event, local author Adam Goodman will be joined by Antonio Gutierrez of Organized Communities Against Deportation.

This event will be streamed on Crowdcast. Registrants will be emailed the access link the day of the event.

In a sweeping and engaging narrative, Adam Goodman examines how federal, state, and local officials have targeted various groups for expulsion, from Chinese and Europeans at the turn of the twentieth century to Central Americans and Muslims today. He reveals how authorities have singled out Mexicans, nine out of ten of all deportees, and removed most of them not by orders of immigration judges but through coercive administrative procedures and calculated fear campaigns. Goodman uncovers the machine’s three primary mechanisms–formal deportations, voluntary departures, and self-deportations–and examines how public officials have used them to purge immigrants from the country and exert control over those who remain. Exposing the pervasive roots of anti-immigrant sentiment in the United States, The Deportation Machine introduces the politicians, bureaucrats, businesspeople, and ordinary citizens who have pushed for and profited from expulsion.

Adam Goodman teaches in the Department of History and the Latin American and Latino Studies Program at the University of Illinois at Chicago. His writing on immigration history and policy and U.S. and Mexican politics has appeared in outlets such as the Washington Post, The Nation, and the Journal of American History. Goodman is a faculty advisor to UIC’s Fearless Undocumented Alliance, a co-convener of the Newberry Library’s Borderlands and Latinx Studies seminar, and a co-organizer of the #ImmigrationSyllabus public history project. The Deportation Machine: America’s Long History of Expelling Immigrants (Princeton University Press, 2020) is his first book.

Antonio Gutierrez (Organized Communities Against Deportation) first became involved with OCAD through the Immigrant Youth Justice League (IYJL). They obtained an architectural degree from Illinois Institute of Technology in 2012. Gutierrez recently joined the OCAD team full-time as the Strategic Development and Operations Coordinator, working to make sure the group addresses its structural needs to facilitate sustainable growth. Gutierrez is one of the co-founders of the Albany Park Defense Network and the Autonomous Tenants Union, a housing collective that does anti-gentrification work in the city of Chicago. 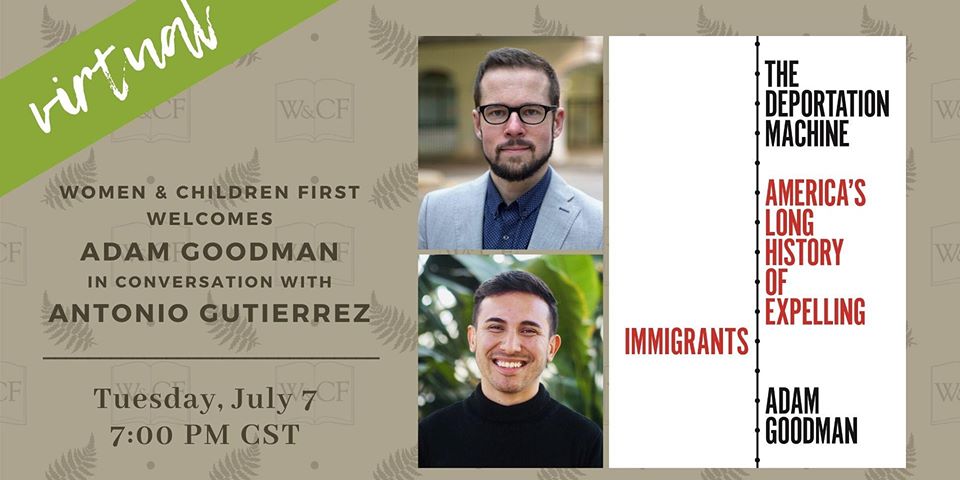