Kiki in the Commons Online

**This event will be hosted on Zoom and Facebook Live. This Virtual Event is Free! RSVP for pre-show information, virtual viewing tips and tricks, and to stay connected to the MCA community.**

We’re celebrating Pride Month with a conversation about drag—and we want to chat with you. With or without the parade in June, we’re taking a moment to explore drag and its relationship to art history.

Drag is a folk art form with its own institutions, support systems, and criteria for excellence. As drag’s popularity has increased—in the art world and popular culture alike—does it change to fit new contexts, such as museums? Or can museums embrace drag artists on their own terms? COVID-19 has necessitated a shift from physical to virtual platforms. We’ll discuss how performers are adapting and how the drag community is affected by the crisis. Following the discussion, the panelists will deliver performances representative of their practices.

The panel for Kiki in the Commons is made up of Irregular Girl, Kelly Boner, Lucy Stoole, and Pastiche. This public program at the MCA is organized by Georgie Morvis, Communications Coordinator and Jack Schneider, Curatorial Assistant, Visual Arts, with the Performance and Public Practice team.

Irregular Girl is a diva Latina guacamole margarita residing in Chicago. As a drag queen, her goal is to uplift and empower other trans people and people of color. She graduated from SAIC in 2017 with a focus in performance and fibers—now, she and her BFA host parties like Mom Jeans, Duro, FKA, and Moans, a show that features an entirely trans cast. Her Instagram is @imirregulargirl!

Kelly Boner (born Kelly Schmader) is a visual and performance artist residing in Chicago. Boner performs and creates as an AFAB (assigned female at birth) drag queen. Boner was the executive producer of Lipstick City, a short fashion film featuring innumerable Chicago drag performers released in 2016. Boner has performed in Nightgowns, the acclaimed show hosted by Drag Race Season 9 winner Sasha Velour, and made her international debut at Drag-Súgur in Reyjakvik, Iceland in June 2018. Her collage work is featured in Velour’s magazine Velour: the Drag Magazine, issue 3, which was also released as a bound book in 2018. She is currently a part-time faculty member at Columbia College Chicago, where she began teaching a course on drag in Spring 2020 titled “Creative Communities: the Art of Drag.” Boner studied studio art at Oberlin College in Ohio and recently completed her master of arts management at Columbia College Chicago. She curated a gallery exhibition titled Fulfilled Fantasies for her capstone project, which focused on collaborations between Chicago drag performers and photographers, fashion designers, and videographers. Her two-dimensional work includes paper and digital collage. She uses collage to explore the way the internet and the manipulation of digital photography can be used as a new art medium: one that expresses the collective subconscious internet users share through repeated imagery, memes, and Google image search.

Lucy Stoole is Chicago’s Black, Bearded Beauty! She’s a showgirl with a heart of gold who craves your love and attention and will stop at NOTHING to get it!

Pastiche is a drag project who manifests at the intersection of camp and the uncanny. When not in quarantine, she produces and hosts two monthly drag shows: CANCELLED, a comedy show that respectfully pushes boundaries as a form of social critique, and Iconic!, which celebrates one iconic album by one iconic artist. Out of drag, she is currently a visual and critical studies MA candidate (2021) at the School of the Art Institute of Chicago, where her academic work and studio practice take the form of lyric essay and performance lecture. She earned her BA in women’s, gender, and sexuality studies and Russian & Eastern European studies from Yale University in 2018, where she began drag as an embodied extension of critical theory. But she’s fun. She promises. 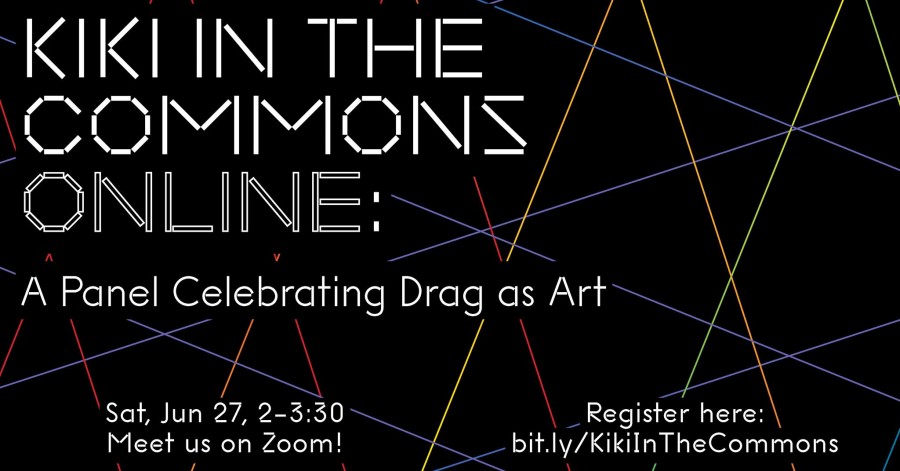