The Gray Center for Arts and Inquiry hosts the 7th edition of Gray Sound Sessions with a double feature:

8:00pm: Nomi Epstein
Object Relations (2020)
“Object Relations is a reflection on my experience in quarantine over these past 3+ months, and the questions I’ve ruminated on regarding space, object, and solitude. The work is multilayered with audio/video investigations into my experience. Within the work, you’ll hear my piece “Solo for Piano part II: Dyads” played from my recently released composer portrait album (“Nomi Epstein: sounds”) performed by Reinier van Houdt (New Focus Recordings), in addition to my “live” performing a variation of the open form work from my apartment. Overlapping inquiries emerge exposing the type of questioning and contemplation that has consumed me in my daily quarantine life.”

8:30pm: Pamela Z
Other Rooms (and other works)
In tonight’s program, Pamela Z will perform a suite of solo works for voice, electronics, and gesture-controlled MIDI instruments, including Other Rooms, a piece constructed from samples of the speaking voice of playwright Paul David Young taken from an interview recorded in the process of making Z’s performance work, Memory Trace.

***This free performance is sponsored by the Gray Center for Arts and Inquiry, but we encourage listener-watchers to consider making their own donations to the artists: [donation info tba]

——-
About the artists:
The music of Chicago-based composer Nomi Epstein centers around her interest in sonic fragility, where structure arises out of textural subtleties. Her work invites both performer and listener to enter into her sound world through focused listening, and concentration on the subtleties of each sound, and its placement, even if indeterminate, in sonic/temporal space. Epstein’s compositions have been performed throughout the US and Europe working with ensembles such as SurPlus, ICE, Wet Ink, Mivos Quartet, Wild Rumpus, Dedalus, Southland, and counter)induction. In 2020, she released her first solo composer album under New Focus Recordings including performances by Reinier van Houdt and for Collect/Project, and her ‘collections for Juliet’ was released in a compilation album by Juliet Fraser under HCR. An active practitioner and advocate of experimental music, she is the founder/director of the critically acclaimed, experimental music ensemble a•pe•ri•od•ic, in which she also performs. Her curatorial work includes large scale festivals as in the Chicago area 2012 centennial John Cage Festival, the 2014 Chicago Wandelweiser Festival, the 2017 Galina Ustvolskaya Festival, as well as experimental music concerts in the US and abroad involving guest composers from across the globe. She continues to research, write, and lecture on post-Cagean, notated, experimental music. Epstein has served on the faculties of Northwestern, Roosevelt, UIC, DePaul, and the University of Iowa.

Pamela Z is a composer/performer and media artist making works for voice, electronic processing, samples, gesture activated MIDI controllers, and video. She has toured throughout the US, Europe, and Japan. Her work has been presented at venues and exhibitions including Bang on a Can (NY), the Japan Interlink Festival, Other Minds (SF), the Venice Biennale, and the Dakar Biennale. She has composed scores for dance, film, and chamber ensembles (including Kronos Quartet and Eighth Blackbird). Her awards include the Rome Prize, United States Artists, the Guggenheim, Doris Duke Artist Impact Award, Robert Rauschenberg Foundation, and the Herb Alpert Award. www.pamelaz.com Photo credit: Donald Swearingen

About Gray Sound Sessions
The Gray Center’s music-and-sound series features concerts and happenings that experiment with form and platform; archived performances can be viewed on our homepage. Gray Sound Sessions showcases searching performances from some of our favorite musicians and sound-makers including Opera Povera, Seth Parker Woods, Viola Yip and Nicola Hein, Pamela Z, Mendi + Keith Obadike, and many more. In each case, we are asking these artists not only to present work of their choice, but also—often through the performance itself—to reflect on the peculiar place of music and sound in this moment, and on the special power of those who labor them into being.

Gray Sound Sessions take place on Tuesday evenings at 8PM Central Daylight Time on the Gray Center’s Gray Sound Sessions page and the Gray Center’s Facebook page. All events are sponsored by the Gray Center and free and open to the public, but we ask listener-watchers to consider making their own donations to the featured performers. The series is the initiative of Seth Brodsky (Gray Center Director), Zachary Cahill (Gray Center Director of Programs and Projects), and Seth Parker Woods (Artist-in-Residence at the University of Chicago). Others will surely be brought into the mix. We look forward to tuning in with you, near and far! 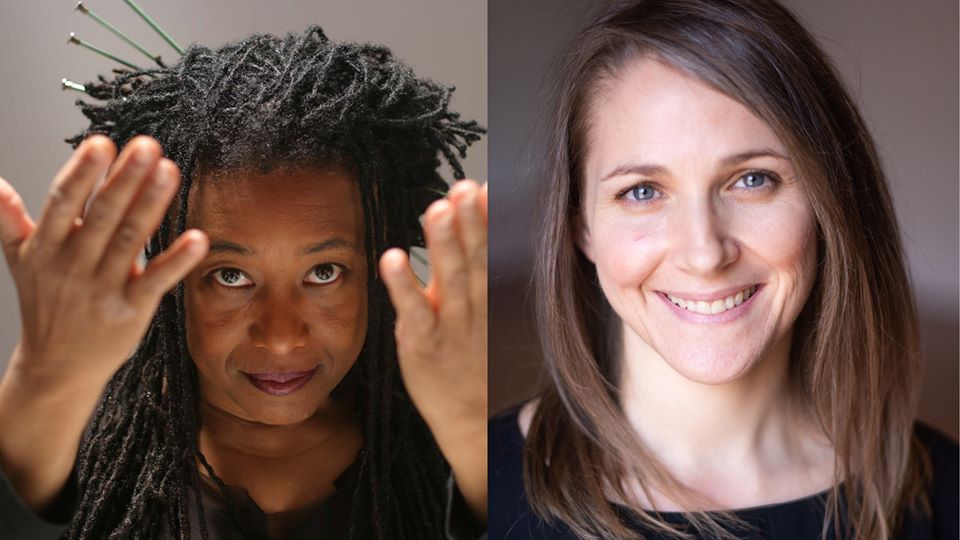