The Intersectional Late Show #OTVTonight is talkin’ bout a revolution on May 29th. Move with us into the future, shoulder to shoulder. Some shows may contain adult content.
#OTVRevolutionary

THOTLESS
THOTless written by Michelle Zacarias, directed by CJ Thomas
Living in Chicago under the weight of debt and constant microaggressions, a queer disabled Latina, and her roommate, a Black trans sex worker, struggle to survive and thrive while searching for validation.

SWEATY SCALES
Sweaty Scales written and directed by Liang Luscombe
In a world akin to the surreal vignettes of Peewee’s Playhouse, Sweaty Scales takes us through a series of portals to tell the story of a pair of lovers. Asian American advertising art director Lisa meets Oliver at his 30th birthday party in which he seduces her with a drunken sexy chair dance. Oliver sweats profusely throughout their dates and Lisa can’t figure it out. Is he just a sweaty guy or does he have yellow fever?

About OTV – Open Television
OTV | Open Television is a non-profit platform for intersectional television. We incubate, distribute, and exhibit artists that commercial television networks and art institutions do not develop consistently: artists who identify with multiple identities marginalized by the market and society. OTV experiments with alternative ways to develop, produce, and exhibit art and television. Our programs center artistic expression, intersectionality, Chicago and digital networking.

About #OTVtonight:
Tune in from the comforts of your quarantined home as intersectional web-TV platform Open Television premieres original pilots and shorts from Chicago-based artists. Finally, the inclusive Late Night Show you’ve been missing in your life: interviews with show creators, comedic skits, performances and more—all set to a FutureHood Soundtrack and live-streamed to the screen you’re using right now. Get your snacks ready! 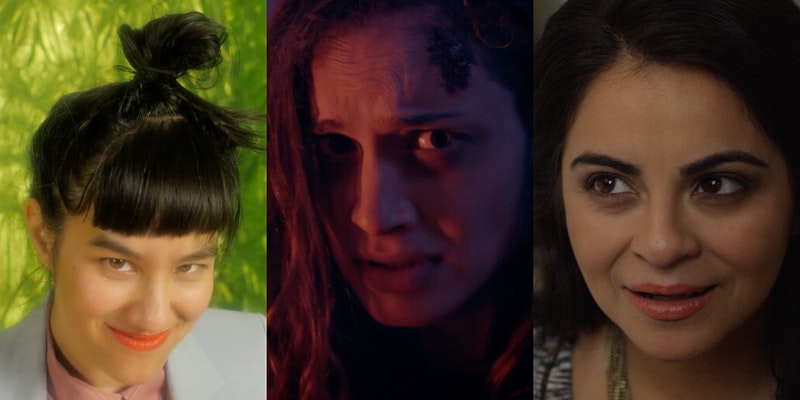