John Gnagy: You are the Artist

It’s up to all of us to slow the spread of COVID-19. Everyone, including young and healthy people, should avoid large gatherings during this time. Stay up to date with public health guidelines from cdc.gov.

The exhibition will showcase the full scope of Jon Gnagy’s work: personal drawing books, preliminary graphic works, etchings, and paintings. His wife Mary Jo Hinton Gnagy’s drawing books and illustrated letters will also be included. Much of this family material has never been shown publicly before. We are honored to be hosting this expansive, important work. Episodes of his television program will be shown as well.

Jon Gnagy, a gifted self-taught artist from rural Kansas, came to prominence when he started appearing on NBC television in 1946. He would walk viewers through the drawing process ending each episode with a finished image on paper. The joy he took in drawing and his mastery of the medium made him a delight for viewers to watch and learn from. The show appeared on television stations across the country for the next twenty years inspiring artists, causal and serious, to enjoy making art. His quick, easy. enchanting manner was an open invitation to join him in that process.

(*admitting 10 people at a time to the gallery) 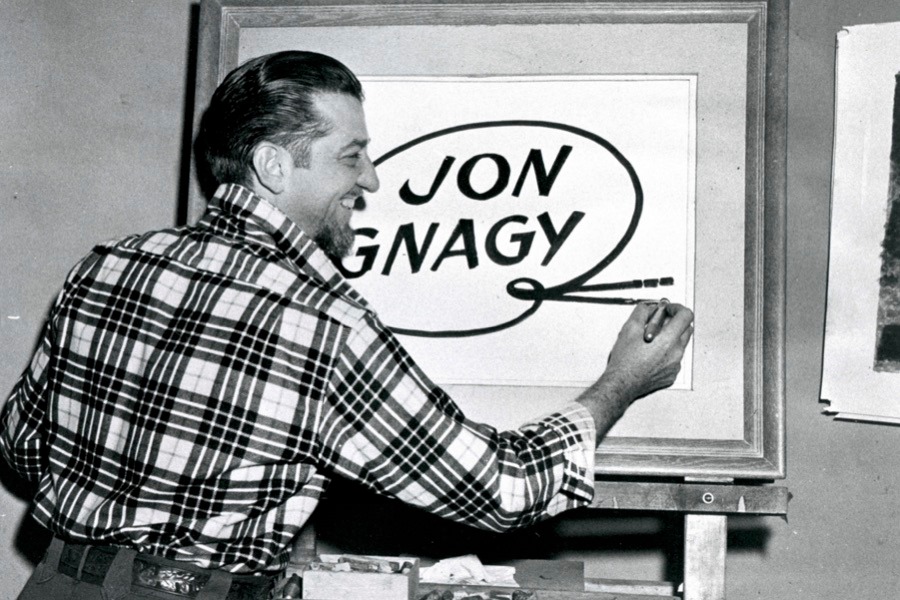