Join us on Wednesday May 27th at 5:00 (Central) for a virtual discussion about Hot Wire magazine and Women’s Music!

“At a time when it was difficult to be taken seriously as a female artist or musicians, and lesbians had a difficult time finding halls that would rent to them, printers that would print openly lesbian fliers, and most lesbians were afraid to come out of the closet, the women’s music movement created spaces to celebrate women’s lives, lesbianism, and feminism” -Toni Armstrong, Jr.

Hot Wire: The Journal of Women’s Music and Culture was first published in 1984. Hot Wire covered all aspects of lesbian feminist women’s entertainment and especially highlighted these spaces in Chicago. The journal grew out of an organization called Not Just a Stage which was formed by Toni Armstrong, Jr. who had been publishing an annual directory of women’s music resources since 1977. Eventually, Toni and three other partners, Ann Morris, Etas Michele Carria, and Yvonne Zipter joined to form Not Just a Stage which published Hot Wire. The primary goals of Not Just a Stage were to be a “catalyst to develop and maintain a network of creators of women’s culture. Throughout its 10 years of existence, Hot Wire published 30 issues, with its final issue printed in September 1994.

Join Toni Armstrong, Jr., one of the founders of Hot Wire; Bonnie Morris, women’s history lecturer at UC-Berkeley; and journalist and author Jorjet Harper for a virtual panel on the importance of Hot Wire and the women’s music movement on Wednesday May 27 at 5 p.m. (central).

TONI ARMSTRONG JR. has been organizing lesbian-feminist and LGBT groups/events for decades. Projects and affiliations over the years have included HOT WIRE and Paid My Dues magazines; Mountain Moving Coffeehouse; GLSEN (and before that, GLSTN); The Color Triangle; National Women’s Music Festival; OUTLines and Windy City Times; We Want the Land Coalition; and BLAST (Bi, Lesbian and Straight Together) Women of the Palm Beaches. She’s also been a festival photographer, writer, and musician in bands including Surrender Dorothy and Lavender Jane.

JORJET HARPER was a frequent contributor to HOT WIRE: The Journal of Women’s Music and Culture during its ten-year run, starting with the magazine’s very first issue in 1984. She wrote features, interviews, and a column called The Tenth Muse. HOT WIRE and Chicago Outlines also published some of her syndicated lesbian humor columns that later appeared in her two book-length collections, Lesbomania (1994) and Tales From the Dyke Side (1996). Jorjet was inducted into the Chicago LGBT Hall of Fame in 1998.

BONNIE J. MORRIS is a women’s history lecturer at the University of California-Berkeley and a nationally recognized expert on the role of women’s music in lesbian culture. The author of sixteen books, she has devoted more than thirty years to documenting the women’s music movement, first publishing Eden Built By Eves, a finalist for the Lambda Literary Award, and more recently The Disappearing L and The Feminist Revolution. Her research on women’s music, Olivia Records, and American lesbian culture will one day be housed at the Radcliffe Institute’s Schlesinger Library. During the past three years Dr. Morris won a D.C. Arts and Humanities grant and a writing residency in Wales; organized the first-ever exhibit on the women’s music movement at the Library of Congress; arranged for Olivia albums to be part of the Smithsonian; received the Ruth Rowan Believer Award from the National Women’s Music Festival; and accepted the exciting role as Olivia Records’ official historian and archivist. Dr. Morris has been a featured speaker at conferences and museums throughout the country and continues to profile women’s music history for the Smithsonian. As a lesbian author, she also published the time travel novel Sappho’s Bar and Grill for Bywater Books, which was a Finalist for the Foreword national award in LGBT fiction and in 2018 won the Devil’s Kitchen award from Southern Illinois University. Bywater recently published the sequel, Sappho’s Overhead Projector. Coming soon: a history of women’s sports. 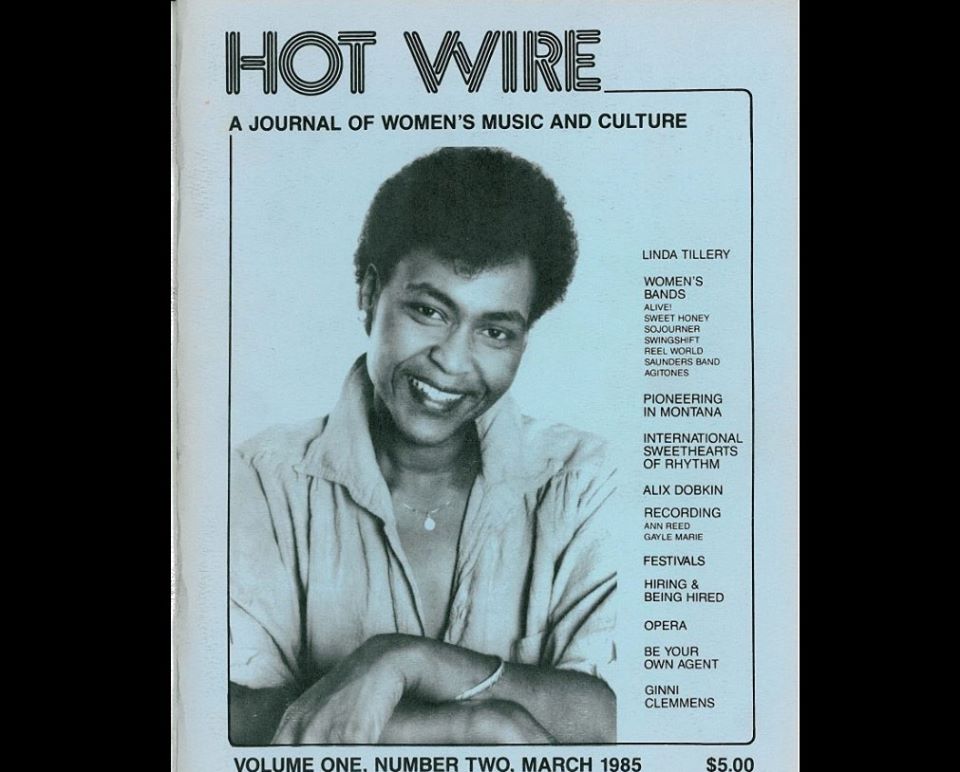