This event has been postponed.

Enjoy underground dance sounds on sweet wax grooves for a special vinyl only night with Jackersize and special guest K.HSIA. Their eclectic, varied, and exceptionally curated collections will transport you into a deep groovement that will keep you moving on the dance floor all night. Come early, stay late.

Robert Chase Heishman is a Chicago-based artist whose work explores the periphery, territory, architecture and construction of images. He received his Master of Fine Arts in 2012 from Northwestern University’s Art Theory & Practice program, and his Bachelor of Fine Arts in 2008 from the Kansas City Art Institute, double majoring in Photography and Art History. From 2003 to 2004 Heishman was Artist in Residence with the Merce Cunningham Dance Company, during which he designed an original set for the dance, Split-Sides, a production that toured worldwide. In addition to Merce Cunningham, Heishman has collaborated with Sigur Rós, Radiohead, and many other artists – most recently co-directing two films for/with Iraqi-American artist Michael Rakowitz. His work is exhibited and screened nationally and internationally.

Jackersize is a rotating cast of DJ’s spinning house, disco, soul, and other good things in Chicago. They host a vinyl-only dance party at a DIY loft venue in Lakeview, where the sounds of disco, synth-pop, house, and other early underground dance music are celebrated.

ST(ART UP) is a quarterly series that brings together DJ’s, live performance, and visual art to celebrate and support emerging talent in Chicago. Exploring and expanding on the idea of starting up an artistic practice, ST(ART UP) supports emerging artists by providing a safe space for experimentation and collaboration across the realms of visual art and music. 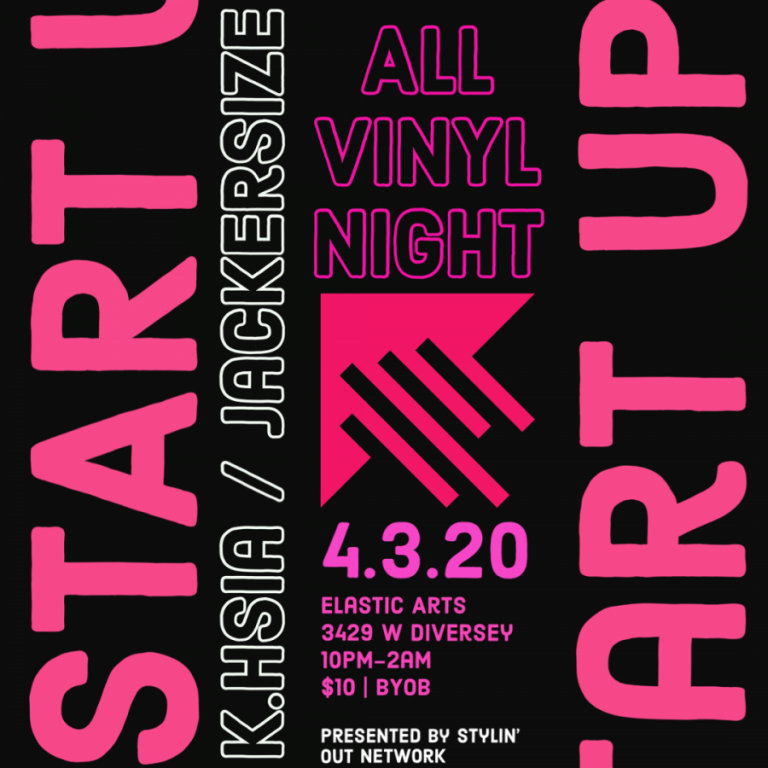