Nate Young: The Transcendence of Time

moniquemeloche presents The Transcendence of Time, the gallery’s fourth solo exhibition with conceptual artist Nate Young. Through this new body of work, Young mines his own family archives to explore and question the nature of identification, history, and the significance of ritual as a means to instill authority.

The Transcendence of Time allows for a deeper investigation into excavated bones thought to be from the horse that once carried the artist’s great-grandfather from the South to the North during the Great Migration, a personal narrative illuminated by the larger history of US race relations and the movement of black bodies. In this continuum of work, Young now considers the impetus of the bones through the lens of science and philosophy, exploring their ability to offer clues and insights to his family’s unique journey to identity, while also connecting to a more universal narrative.

Riveted by the illusion of time, Young evokes the theoretical proposition of a causal loop – the concept of objects and information as self-existing, through a cyclical relationship between cause-and-effect that functions to preserve a fixed outcome. While the works are visually rooted in narratives of family history, there is a subtle reference to time as existing beyond perceived limits.

“The past, present, and future exist within the work, challenging and transcending linear boundaries by examining the complicated relationship between the bones and their origins, suggesting their continued existence across multiple planes of time. There is a metaphysical proof of informational loops that suggests the potential to unlock and actualize the past and the future, through the assured knowledge of the bone’s existence within the here and now.” – Nate Young

More simply put, Young considers the idea of an object bringing about its own existence, a concept popularized in mainstream media through films such as “Back to the Future” and “Interstellar”, as well as well as the recent Netflix series “Dark”.

The exhibition presents two unique bodies of sculptural works, each rooted in this fascination with quantum entanglement, where the present actualizes and discovers artifacts of the past. Inspired by rituals’ ability to frame, define, and empower, Young presents reliquaries that loosely mimics ornate altars and vitrines found in a house of worship, thereby elevating the horse bones to a sacred position of authority and cultural relevance. Excerpts of text appear within each altar, recounting the harrowing stories of his great-grandfather’s battle with depression. The bones built into each work themselves reveal secretly coded messages within.

What we arrive at is an expansion of the ongoing critical investigation of the myriad ways in which meaning is constructed, and how it’s informed not only by empirical evidence, but also by ritual and philosophical belief.

Nate Young (American b. 1981, lives Chicago) received his MFA from the California Institute of the Arts in 2009 and a BA from Northwestern College in Minnesota in 2004. He attended the Skowhegan School of Painting and Sculpture in 2009. Young’s recent solo exhibitions include (re)collection), The De Pree Art Center at Hope College, Holland, MI (2020; …WELL!, Julius Caesar, Chicago (2019); Cleromancy, moniquemeloche, Chicago (2017); re:collection, VisArts, Richmond, VA (2017), Stations, Luce Gallery, Turin, Italy (2016), The Unseen Evidence of Things Substantiated, Fabric Workshop and Museum, Philadelphia, PA(2015), and But not yet: in the spirit of linguistics, moniquemeloche, Chicago (2015). His work has been included in many group exhibitions, including FRONT International: Cleveland Triennial of Contemporary Art (2018); Four Saints in Three Acts, DePaul Art Museum, Chicago, (2017); Chicago Invites Chicago, Galerie Lelong, New York (2016); Retreat, curated by Theaster Gates, Richard Gray Gallery, Chicago (2014); Tony Lewis and Nate Young, Room East, New York (2014); the Soap Factory’s Minnesota Biennial (2013); Fore, Studio Museum in Harlem, New York (2012); and Go Tell It on the Mountain, California African American Museum, Los Angeles (2012). Young was a 2015 Artist-in-Residence at The Fabric Workshop and Museum, and he is the recipient of the Knight Arts Challenge Fellowship from the Knight Foundation (2014); the Jerome Fellowship for Emerging Artists (2014); and the Bush Fellowship for Visual Artists (2010). His work is in notable collections, including the Walker Art Center, Minneapolis; Smithsonian National Museum of African American History and Culture, Washington, D.C.; Mott Warsh Collection, Flint, MI; and the Fabric Workshop Museum, Philadelphia. Young was recently commissioned by the Driehaus Museum (Chicago, IL) to create new works and site specific installations which respond directly to the complex history of the museum’s 1883 building and its architecture. The exhibition will be on view in the Summer of 2020. Young is co-founder and Director of the artist-run exhibition space The Bindery Projects, in Minneapolis. He is Assistant Professor of Studio Arts at the University of Illinois at Chicago. 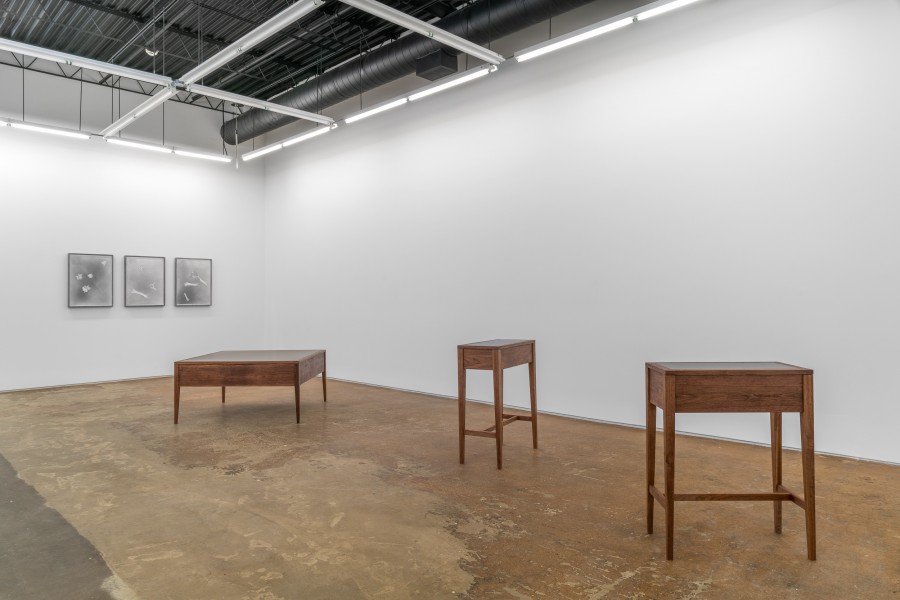