Taking Naomi Rincón Gallardo’s fictional account of Mixtec activist Bety Cariño’s journey through the underworld, The Formaldehyde Trip, as a point of departure, join a panel of artists and scholars in a conversation about using fiction, fabulation, speculation, and radical histories to imagine pathways within and through the violent landscapes of colonialism.

Alongside short excerpts of Gallardo’s screen works, this conversation centers the world-making possibilities of indigenous and feminist expressions of resistance, while further investigating the intertwined topics of nation-building, cultural and environmental resource exploitation, capitalism, and territory.

Nao Bustamante is a legendary artist, residing in Los Angeles, California. Bustamante’s precarious work encompasses performance art, video installation, filmmaking, sculpture, and writing. The New York Times says, “She has a knack for using her body.” Bustamante has presented in galleries, museums, universities and underground sites all around the world. She has exhibited at the Institute of Contemporary Arts in London, the Museum of Modern Art, the San Francisco Museum of Modern Art, Sundance International Film Festival: New Frontier, Outfest Los Angeles LGBTQ Film Festival, El Museo del Barrio, the first International Performance Biennial, Deformes in Santiago, Chile, the Kiasma in Helsinki, Finland, and the MCA, among others. She was also an unlikely contestant on Bravo’s Work of Art: The Next Great Artist. From 2001–15, she received fellowships and residencies with the following organizations: the Anonymous Was a Woman fellowship, New York Foundation for the Arts fellowship, Lambent Foundation fellowship, American Studies Association residency, CMAS-Benson Latin American Collection Summer Research fellowship, a residency at University of California, Riverside, and she was a scholar in residence at the Vincent Price Art Museum, in preparation for a solo exhibition. In 2008, she received the Chase Legacy award in Film, in conjunction with Kodak and HBO and in 2013, she received the Makers Muse Award from the Kindle Foundation. Bustamante’s video work is in the KADIST collection. Bustamante is an alum of the New Genres program at the San Francisco Art Institute and the Skowhegan School of Painting and Sculpture. Currently, she is the director of the MFA program in Art at the University of Southern California Roski School of Art and Design and holds the title of professor of Art. 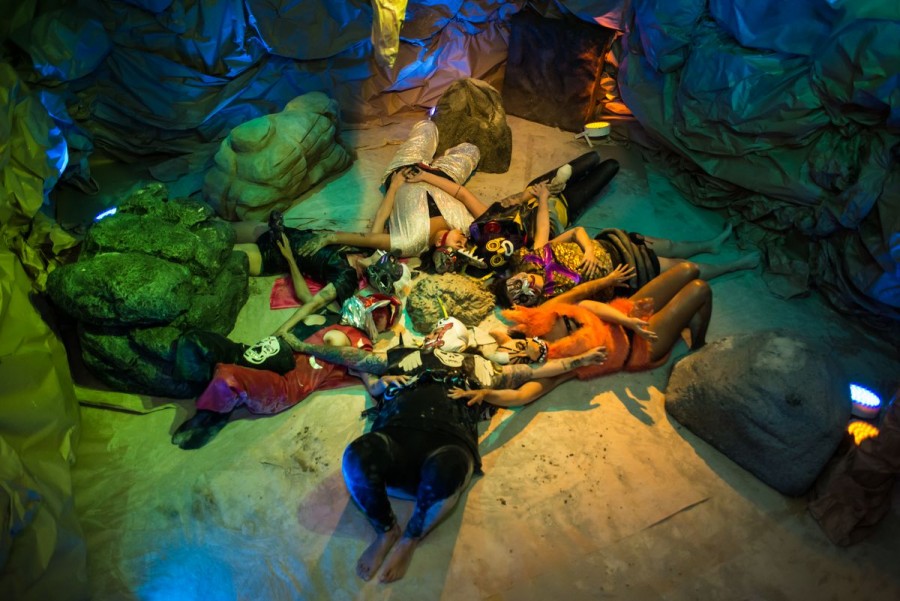