This opening has been canceled.

Goldfinch is pleased to present “Paths Between Two Steps,” a solo exhibition of sculptures and a new series of drawings by Soo Shin. The show’s opening reception is Sunday, March 15, from 3-6pm. Exhibition dates are March 15 – April 18, 2020. Regular Gallery hours are Fridays and Saturdays, 12-4pm and by appointment.

Known for her enigmatic sculptures that often combine metals, ceramics, and wood, Shin explores the relationship between faith and uncertainty by giving physical form to psychological and ineffable experience. A muted palette of blacks and greys and the slightly reflective quality of her sculptures allude to the idea of an inner and outer void, like staring into the dark to find the dark staring back at you. While Shin’s works bear subtle or veiled traces of the body, they resist direct representations or narratives; instead, they exist as metaphorical, abstract gestures that mirror the vulnerability of trust or certainty, particularly in something that can’t be contained or singularly defined (like love). The meditative nature of Shin’s work invites responses as vast as the ways we remain mysterious to each other, and to ourselves.

Soo Shin (b. Seoul, South Korea, 1981) is a visual artist based in Chicago. Her work explores subjects such as psychological identities of body and the keen relationship between body and place. She finished her M.F.A. at the School of the Art Institute of Chicago and holds an M.F.A. and B.F.A. from Ewha Womans University in Seoul, South Korea. Her work has been shown in various locations such as Chicago, Los Angeles, New York, and Seoul. She is a recipient of fellowships from MacDowell Colony (New Hampshire), 2014; Vermont Studio Center, 2015; and the Arts/Industry program at the John Michael Kohler Arts Center (Wisconsin), 2018. 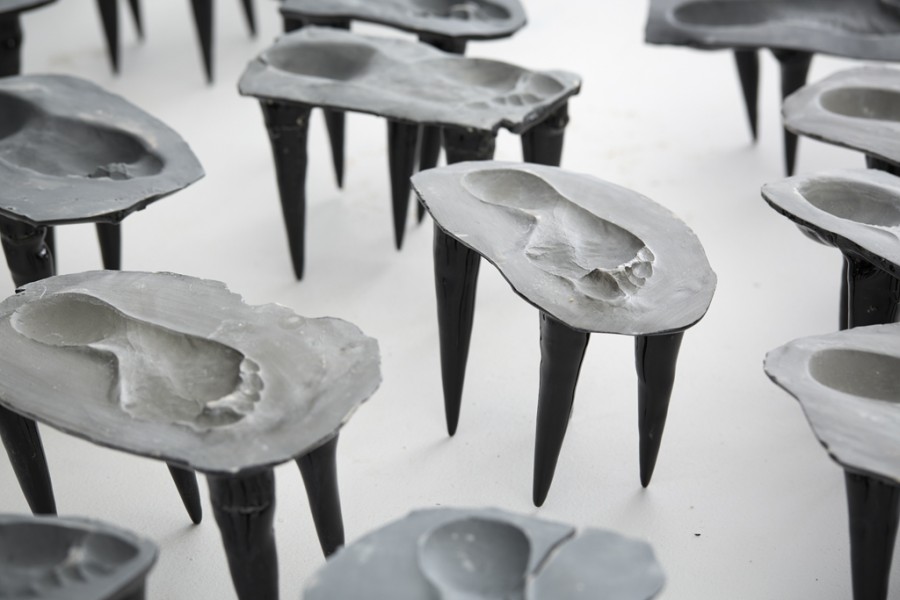