*POSTPONED*
This event has been postponed due to the coronavirus (COVID-19) and related restrictions on travel. We will try to reschedule this event this fall.

Spring Green-born, New York-based artist Richard Haas created his very first outdoor mural in 1974. Commissioned by Citywalls, Inc., the mural on 112 Prince Street in NYC’s SoHo neighborhood repeated the cast iron wall of the front of the building on its east wall. Since then, he has created over 100 interior and exterior murals throughout the world.

Richard Haas was first invited to Homewood in the early 1980s. Since then, he has created fifteen murals for the village.

“Homewood has a special place in my 35 years of doing public work,” said Haas. “This project has allowed me to expand my work in many ways. In Homewood, I was given the freedom to design and execute a new series of works that tells an even larger story, not only about Homewood’s history but about the region in general. Homewood now has the largest concentration of my works in one area and I hope people will discover and enjoy these works for a long time to come.”

“Homewood is a great home for the arts,” said Homewood Mayor Richard Hofeld. “We sought Richard out specifically for his realistic style as well as his artistic and history vision. Residents have given us very positive feedback about seeing the blank canvas of the side of a building become transformed into a work of art.”

In Homewood, as well as other locations, Haas works with Thomas Melvin Painting Studio. Haas provides a to-scale painting for Melvin to use and entrusts him with adding details as needed. Melvin has worked on all the murals in Homewood as well as provided touch ups through the years as needed. “Homewood is to be commended in engaging such an important artist,” Melvin said. “Richard Haas has taken a European tradition and translated it into an American expression given his own unique sensibility. He loves architecture and he brings a sense of humor and his own style to his work. I have enjoyed working in Homewood. Thanks to all the residents for the thumbs up and car honks of appreciation.”

During this event, internationally renowned artist Richard Haas will discuss his remarkable five-decade career, focusing on his murals in Homewood. Weather permitting, the talk will be followed by a visit to some of his murals. 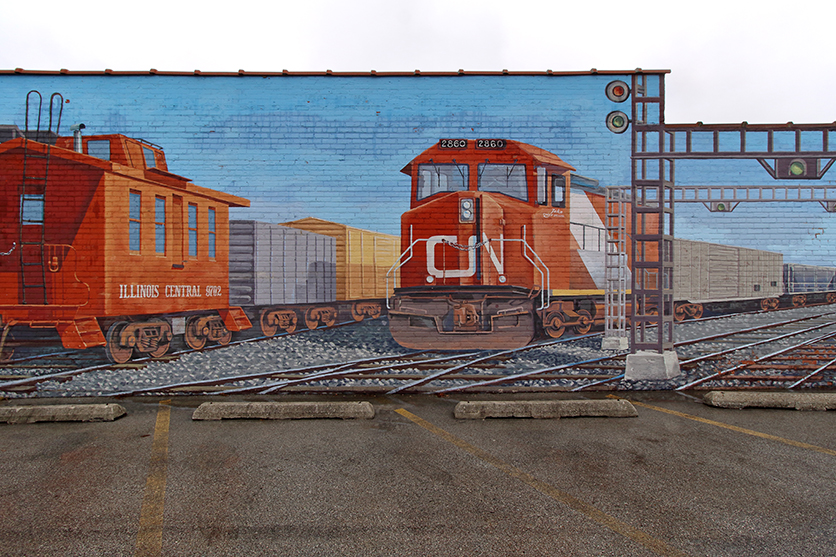