Due to the rising concern over the spread of the COVID-19 virus in Denmark and across the globe, and the cancellation of several performance opportunities, Sonja and Heine have postponed their US tour. ESS is wishing these brilliant artists good health and tons of luck in planning their return to the US.

“Danish saxophonist Sonja Labianca and artist Heine Thorhauge Mathiasen will mark their Option debut with a duo set consisting of live sound and sculpture. Option curator Tim Daisy will join them for an in house conversation following the performance.” -tim daisy/Option curator

Sonja LaBianca is Danish/American saxophone-wielding linchpin in a Copenhagen collective of women improvisers and experimentalists dubbed Eget Vaerelse, a reference to Virginia Wolfs’ canonical essay, ’A Room of One’s Own.’ Many of Eget Vaerelse’s members play together in rotating projects – most notably Selvhenter, a democratic and border-crashing quintet that pits floating modern composition against twisting free jazz, gamelan coruscating against gothic bedlam.

In 2017, LaBianca explored multiple rooms of her own on her striking, award winning and sublime solo debut, About Room/Room to Be/Rooms. Recorded in spaces as variable as a studio and a silo, a garage and a bell tower, Rooms allows LaBianca to push her saxophone against the walls of distinct spaces, to fill them with sound and let them echo back. A saxophonist curious about the acoustic context of her instrument, LaBianca makes each room her own filling the air with radiant musical lines.

At Option, Sonja LaBianca will present a performance in interaction w. the rotating sound sculpture ’right now, an almost perfectly circular orbit’ by Heine Thorhauge Mathiasen. The sculpture presents itself as an active performer, adds a randomness and third dimension to the acoustic interplay between the room and the melodies from the saxophone. The sound from the sculpture, which is a mix of field recordings, shepard tones and synths integrates well as an abstract accompaniment.

Heine Thorhauge Mathiasen is a Danish visual artist, musician and composer, who works with video and sculpture in site-specific installations as well as music, sound and performance. Heine’s art often incorporates and combines formal humor, bleak conceptualism, social investigations and auditory explorations. He utilizes elements of scenography, sometimes layering abstract forms with industrially manufactured elements. In installations of sound Heine attempts to activate the exhibition space to a site for social, historical and emotional considerations. In a way his practice positions itself between reflection and presence and can be seen as a sort of ‘shape-shifting’, in which he undertakes and mimes various discourses in an attempt to activate, vitalize and record meaning into the works, the site and the experience of sound as such. 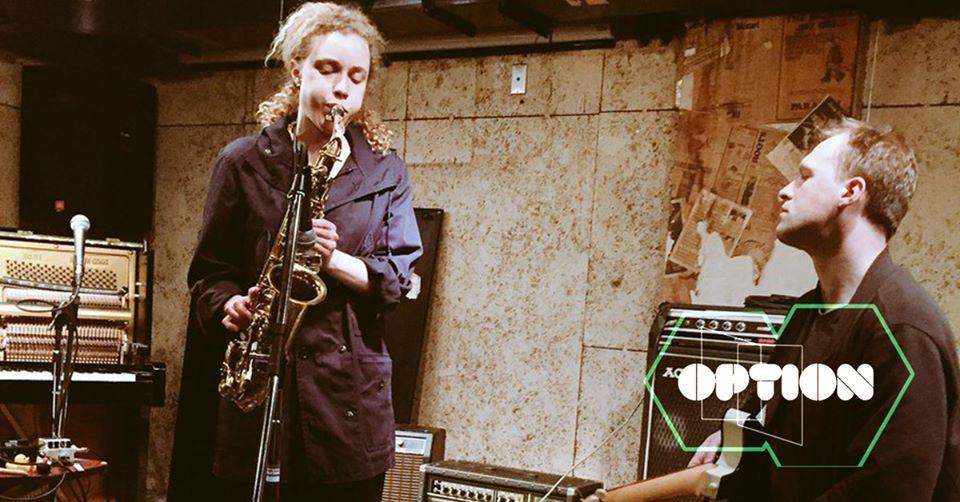