$5 suggested donation, but we won’t turn anyone away. All proceeds will go to tellers.

This project is in collaboration with i2i Invisible 2 Invincible: Asian Pacific Islander Pride of Chicago and Trikone Chicago. It is made possible by the Asian Giving Circle grant.

Producer and host:
Ada Cheng, a professor-turned storyteller, solo performer, and storytelling show producer. She produces four storytelling shows, including Pour One Out, Am I Man Enough?, Talk Stories, and Speaking Truths Series. Her motto: Make your life the best story you tell. Check out her website: www.renegadeadacheng.com 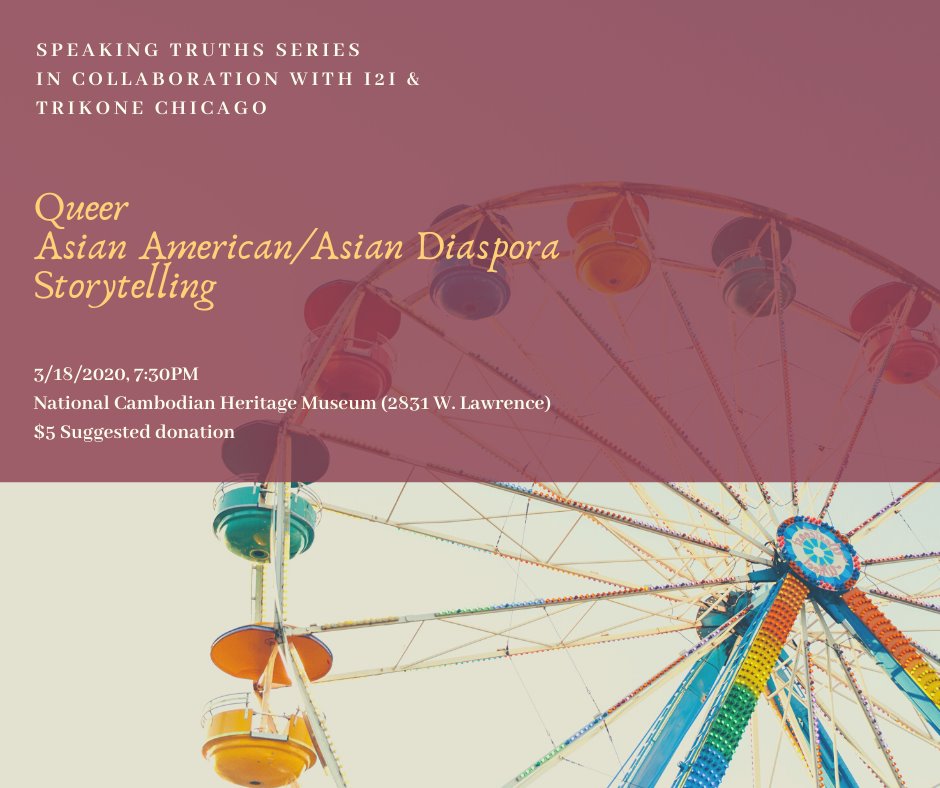