Join us for a celebration of Hilary Leichter’s novel TEMPORARY, out this March from Coffee House Press! Hilary will be in conversation with Chicago’s own Catherine Lacey.

Eighteen boyfriends, twenty-three jobs, and one ghost who occasionally pops in to give advice: TEMPORARY casts a hilarious and tender eye toward the struggle for happiness under late capitalism. In TEMPORARY, a young woman’s workplace is the size of the world. She fills increasingly bizarre placements in search of steadiness, connection, and something, at last, to call her own. Whether it’s shining an endless closet of shoes, swabbing the deck of a pirate ship, assisting an assassin, or filling in for the Chairman of the Board, for the mythical Temporary, “there is nothing more personal than doing your job.” This riveting quest, at once hilarious and profound, will resonate with anyone who has ever done their best at work, even when the work is only temporary.

Hilary Leichter’s writing has appeared in n+1, the New Yorker, the Cut, the Southern Review, and elsewhere. She has taught fiction at Columbia University and has been awarded fellowships from the Folger Shakespeare Library and the New York Foundation for the Arts. She lives in Brooklyn, New York.

Catherine Lacey is the author of four works of fiction: NOBODY IS EVER MISSING, THE ANSWERS, CERTAIN AMERICAN STATES, and the forthcoming novel, PEW. She’s recently published work in The New Yorker, Harper’s, and Playboy. She is a 2019 Guggenheim Fellow, a recipient of the Whiting Award, and one of Granta Magazine’s “Best of Young American Novelists.” 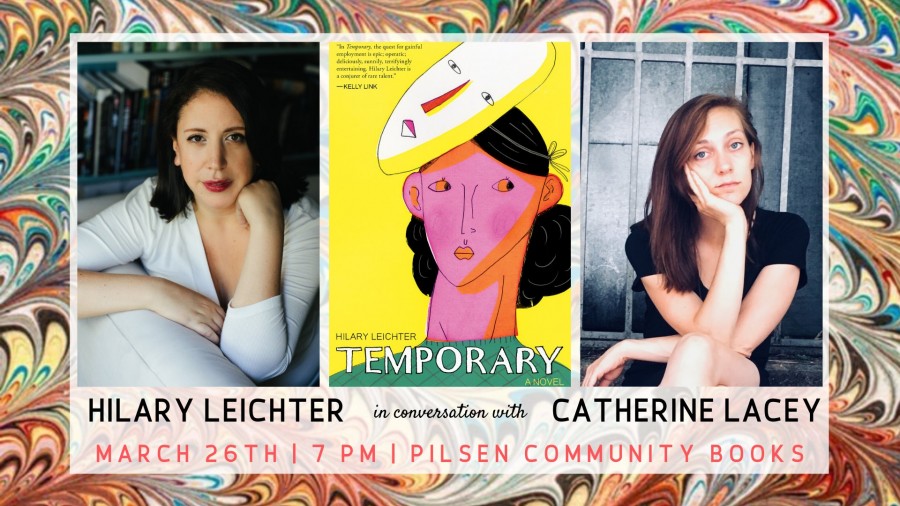