Gerber/Hart is excited to announce a screening of a short documentary film by Jacob Pieczynski, Disappeared: Chicago’s Lost Lesbian Bars.

The documentary screening will be followed by a panel of women from the film moderated by Liz Weck, Director of Social Services at Howard Brown Health. Vicky Weidenkeller, Marti Smith, and Carla Harrigan will all speak on their experience at lesbian bars in Chicago in the 1970s and 80s.

This event is connected to our current exhibit that is co-sponsored by the Chicago Women’s History Center, Lavender Women & Killer Dykes: Lesbians, Feminism, and Community in Chicago.
Other 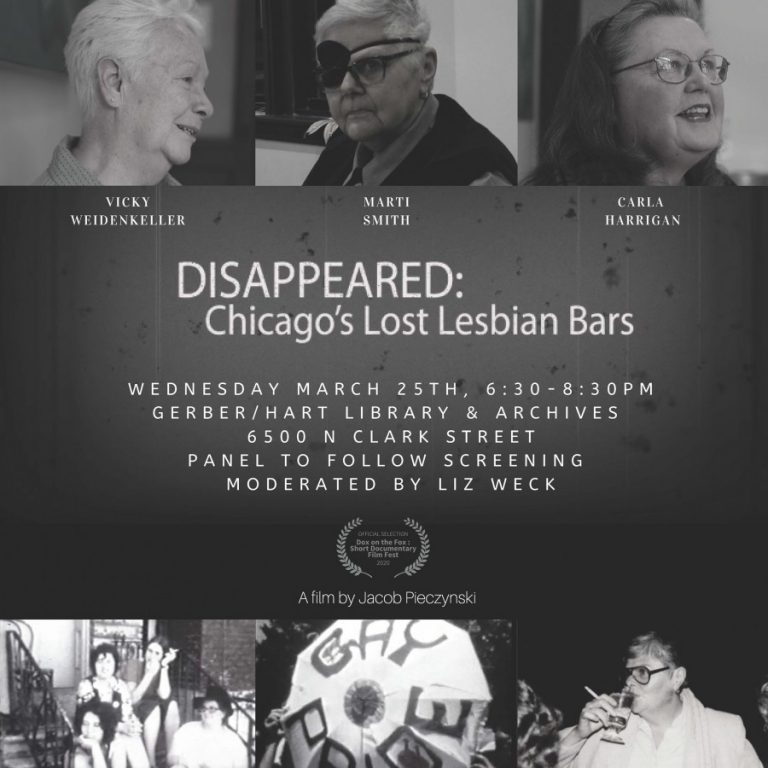